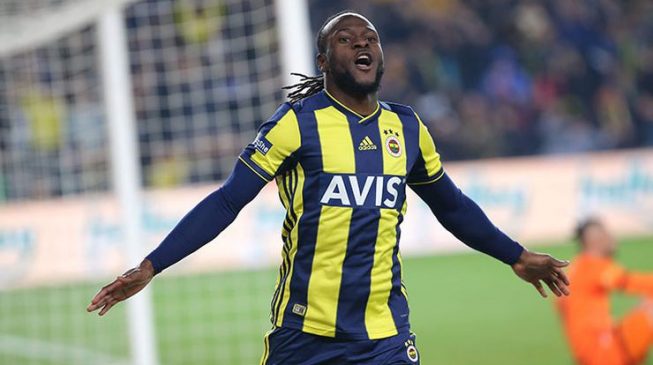 Victor Moses, former Super Eagles winger, scored on his debut for struggling Turkish Super League side, Fenerbahçe, in their 2-0 win over Goztepe on Friday evening.

The former Chelsea player, Moses, came on for Andre Ayew, scorer of the first goal, in the 64th minute and sealed the win nine minutes later with his first strike in Turkish football.

Fenerbahçe had won only once in seven league games and flirting with relegation before the arrival of Moses, who is looking to reignite his career after being deemed surplus to requirement at Chelsea.

The wing wizard advanced with the ball just inside the opposition’s half, laid it off for Jailson who returned the favour, picking out the galloping Moses in the six-yard box to finish off the move he started.

The former Wigan player only played twice for the London club since the arrival of coach Mauricio Sarri, and the 28-year-old forward had to join the former Turkish League champions on an 18- month loan deal late in the January transfer window.

Victor Moses abruptly retired from the Super Eagles to focus on his club career but it is hoped that a return to regular club football could make him return to the national team.