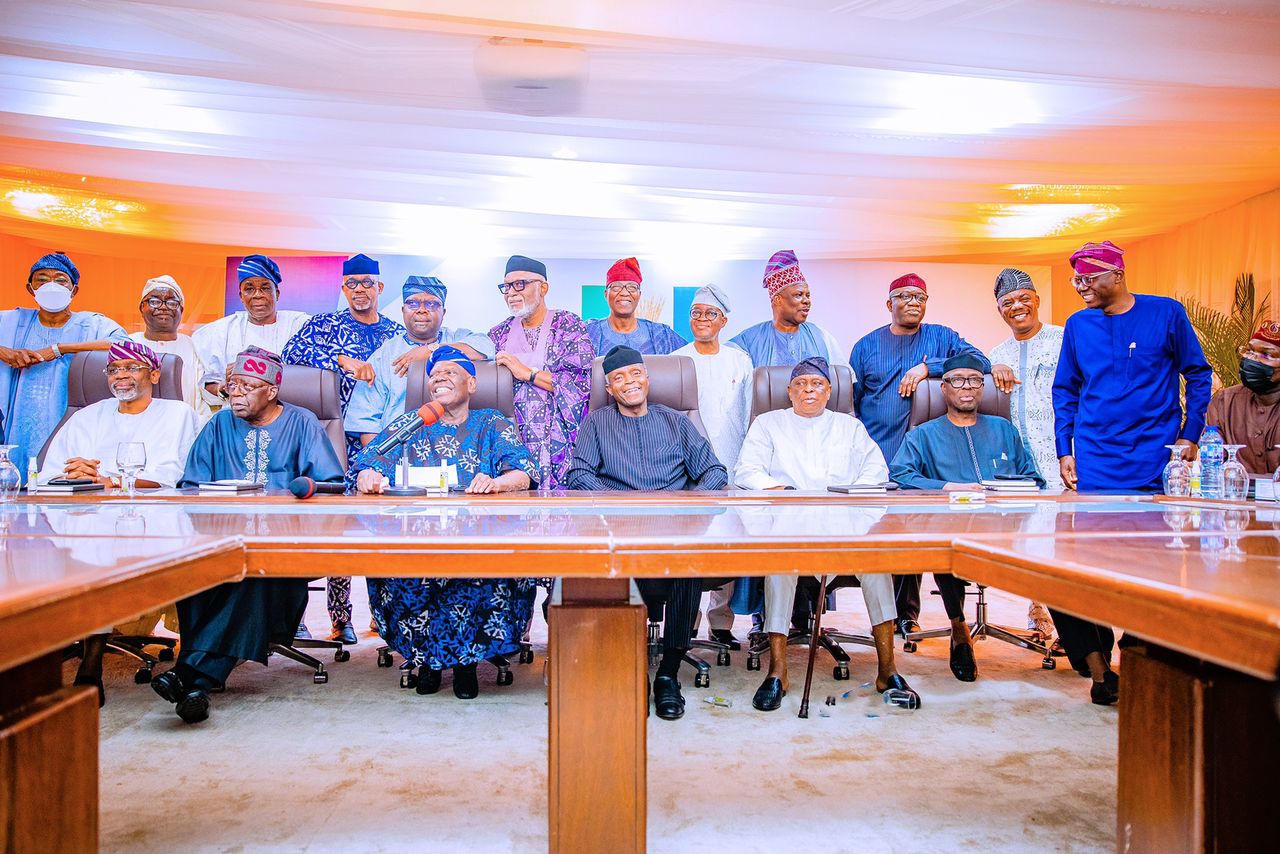 A meeting of South West elders with the presidential, gubernatorial and National Assembly aspirants under the All Progressives Congress (APC) from the zone ended yesterday on a friendly note.

Sources confirmed that the leaders resolved that every aspirant has a right to contest.

It was resolved at the meeting, which was behind closed doors, that name callings and other personal attacks should no longer be encouraged by aspirants and their supporters.

An inside source said, “the issue of betrayal was put to rest as the elders affirmed that everyone who desires to run for any political office whatsoever is not encumbered in any way at all.”

The leaders and the aspirants all agreed to conduct a rancour free campaign.

The meeting had been convened by the first Chairman of the APC, Chief Bisi Akande and a former Governor of Ogun state, Chief Segun Osoba, both of whom served as Co-Conveners.

While commending the Vice President, being the highest ranking public officer from South West extraction for a job well done, inside sources disclosed that the APC elders stated categorically that all the aspirants had the right to aspire to be President.

But, they reportedly enjoined all aspirants to exhibit the ‘Omoluabi’ ethos in their politicking by shunning divisive rhetorics.

While stating that consultations with them would be a continuous exercise, the meeting admonished the aspirants to queue behind whoever amongst them that eventually emerges as the party’s candidate, stating that the unity of the South West must be sancrosanct.

Reports said that the leaders urged the aspirants to see the general elections as opportunity to unite the people of the region and called on them to support those, who will emerge as candidates of the party from the region for various offices.

Akeredolu Fires Emefiele: This is a joke taken too far, resign immediately