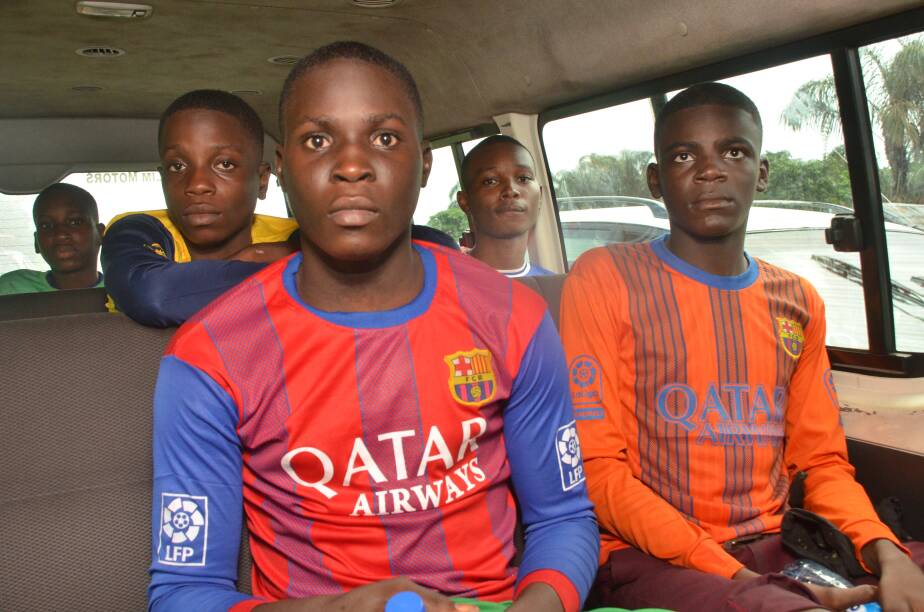 Exactly 65 days in the captivity of their abductors, the six male students of Igbonla Government College, Epe, finally secured their freedom today.

Although they are yet to be reunited with their parents, it was gathered that the boys are presently at the government house in Akure, Ondo State.

The boys – Peter Jonah, Isiaq Rahmon, Adebayo George, Judah Agbausi, Pelumi Philips and Farouq Yusuf, were abducted on Thursday, May 25, 2017, by some gunmen from their school premises.

Despite initial payment of N10million as ransom and an additional N20million to the gang, making it a total of N30million paid, the whereabouts of the boys remain unknown even with continuous promises by the government and the police that they are safe.

The kidnappers, however, demanded extra N1.5million as transportation before they will release the boys.

However, efforts later paid off today as the boys were released by the kidnappers today in Ondo State.

Confirming the incident, the Lagos State Commissioner of Police, Fatai Owoseni, said the boys have been released.

He, however, declined to give additional information on the circumstances that led to their release.

It was gathered that their release was a combined effort of the Rapid Response Squad (RRS) and Anti-Kidnapping Unit of the Lagos State Police Command led by Owoseni.

It was also gathered that their final release was a culmination of underground work by the police operatives who were deployed to help in the rescue of the boys.

We bathed once a week, ate once a day, slept in the rain – Kidnapped Igbonla students shares experience