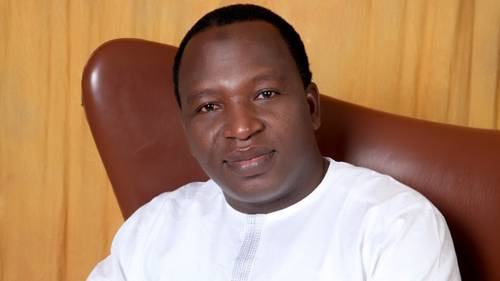 An anti-corruption activist and National Convener of the Citizens Action to Tack Nigeria (CATBAN), Ibrahim Garba Wala has been unlawfully arrested and illegally detained by the Nigerian Police.

The police allegedly acted on a petition written by the Chairman of National Hajj Commission, Abdullahi Mukar who’s numerous acts of corruption has been consistently exposed by Ibrahim Garba Wala and the Citizens Action To Take Back Nigeria (CATBAN).

CATBAN’s convener popularly known as “IG Wala” have written several petitions to the Economic and Financial Crimes Commission (EFCC) and other anti graft agencies, detailing how the Chairman of Hajj Commission, Abdullahi Muktar allegedly extorted Nigerian Pilgrims of huge sums of money, running into billions of naira through all kinds of un-receipted fees among others.

In one of the petitions, CATBAN alleged the criminal embezzlement of N3b (Three Billion, and Seventy-Eight Million Naira) for 2015 & 2016 hajj operations collectively. CATBAN was re-echoing another petition sent to the Federal House of Representatives by a group of Nigerian citizens living in Saudi Arabia and copied to CATBAN.

CATBAN also alleged the extortion of over N2billion billed as an increase of transportation from Saudi R180 to Saudi R360, which was never implemented.

Also, CATBAN further indicated with evidence, how on September 27th, 2017, several cheques, running into thousands of dollars were issued
to friends of Hajj Commission Chairman as gift and honorarium.

While these petitions were being sent to the anti-graft agencies for investigation, some extracted content was being posted on social media by IG Wala, which infuriated the alleged culprit.

In an attempt to stop IG Wala from further exposing his many acts of corruption through the social media, Hajj Commission Chairman filed a defamation suit against IG Wala at the Apo High Court in Abuja, Nigeria’s federal capital. However, considering the weight of evidence available to CATBAN on the matter, IG Wala was not shaken by the lawsuit, he instead, continued to expose the corruption in Hajj Commission as he prepared to defend himself against the claim of defamation by
Alhaji Muktar.

On December 5th 2017, the matter came up for hearing in court, but while IG Wala was properly represented by 2 lawyers, the Chairman of Hajj Commission Muktar was nowhere to be found. He was neither present nor represented by any lawyer. The matter was further adjourned until February 2018.

It was however surprising that, the same man who took IG Wala to court and failed to appear to prove his claim of defamation resorted to writing another baseless petition to the Inspector General of Police, Ibrahim Idris
claiming that the continuous exposition of his many acts of corruption on social media amounts to a threat to his life, thereby requesting the arrest of IG Wala by the police and without minding that the same the matter is already in court, the Inspector general of police illegally arrested Wala on Thursday and has unlawfully kept him behind bars ever since.

Because the lawsuit initiated by Mukhtar is a personal vendetta, rather than an attempt to clear his name in court and restore his so-called “credibility”, the Chairman knew that he was never going
to have his day in court; hence the bogus allegation against IG Wala, which the Inspector General of Police has been used to illegally implement.

It has further been revealed that, since December 5th, 2017 when the matter came up in court and was adjourned to February 2018, Abdullahi Muktar has used the police to unlawfully arrest and detain several
staff members of the Hajj Commission, claiming that they supplied the damaging documents against him to CATBAN.