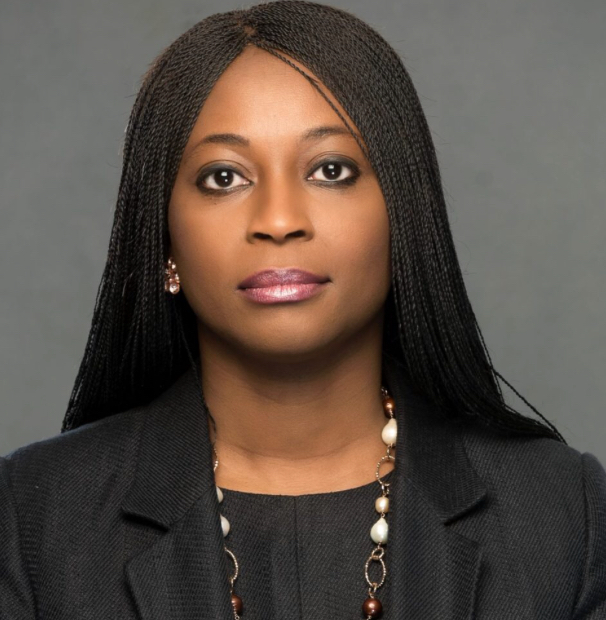 Some interviews simply stay with you and forever remain classic. Long after, they play back nostalgically in the recesses of your memory. One of such classics is my interview with Mrs. Folake Ani-Mumuney, the marketing and corporate communications guru and diva who turned 50 recently and jointly celebrated it with her “twin” bosom friend.

I met her October 6, last year, while I was conducting series of high-profile interviews with those who should know, for a forthcoming motivational business management and leadership book: HOW TO THINK LIKE DANGOTE. When you have somebody like Folake Ani-Mumuney who easily buys into what you are doing and goes on to describe it as “a rich tapestry that should be captured”, it sounds like the sweetest music in the ears. “He is one man who has woven into the entire fabric of the Nigerian society,” she says of the subject. But this is not a Dangote interview. You will have to wait for the book any time it is ready.

Picture her sitting with me for the interview at the Lagos Motor Boat Club, backing the serene Lagos lagoon where the yachts of the rich and famous are moored, bobbing up and down, struggling to be free, in the solitude of their watery open prison. Listen to the sounds of the angry waves and winds thundering, blowing strongly and demonically as she talks, sometimes trumping her voice and my tape recorder like Donald Trump.

Here is the lady who made waves in the UK, working as the first black woman in a top management position in the British Airways, charged with marketing functions in Europe and Africa. One of the innovations she initiated was online ticketing and online checking. For her sake, Europe and Africa were merged and put under her dominion because of her expressed interest and love for Africa. She was even brought to Nigeria as an expatriate in charge of British Airways’ West Africa market.

“What I found was that the merger of Europe and Africa didn’t allow me focus on Africa,” she tells me. “Europe would suck you in. Because it is just so large. Africa was only about 14 countries at the time, my total region was 59 countries and you needed to visit each one at least every quarter which meant you were on the flight literally twice in a week.”

“I came to British Airways in a consultancy kind of role. I came in as a graduate trainee, I was put on the fast track and the idea was to create a business analyst who would provide business solutions for the airline at the time. We did amazing things. We conceptualized a whole idea of moving everything online—online ticketing, online checking. People said it would be impossible but we did it. I was a big part of creating Terminal 5. It was a huge, huge project, to be able to bring everything in, bringing the network and everything. From a solutions perspective and developing markets, one of the things that I enjoyed was that when I was posted to West Africa, I was able to look at some of the challenges we had here and proffer solutions. I introduced this concept of you being able to buy ticket in a bank. And it was the solution from Nigeria which was then exported to other parts of the world by British Airways.”
Hey, what I think is that Folake should write her own autobiography. I will buy her book. I will love to read it. It will inspire many youths in Nigeria. In the autobiography or memoirs, you will find the story of a precocious girl who started school at age three or so.

“I have always been that precocious child,” she tells me. “So from day one, my older sister was going to kindergarten, I cried that I must start school. So I started school very early. I therefore also finished very early. At age 15, I got admitted to study law at the University of Ife. And my parents were like: under no circumstances would any daughter of theirs would be going to university at age 15. But eventually I had a lovely uncle who convinced them that ‘Folake is actually quite mature. It’s okay, let her do so.’ In fact, they had put me in Queen’s College to do my A-levels. So I was actually doing my first term before my uncle was able to convince them, saying: ‘I agree she shouldn’t study law, let’s use the American system where you first of all start by doing a first degree before you go and study law.’ And they spoke to quite a lot of their friends who were in the legal profession and they all seemed to agree. So they decided I will study philosophy…

“So at 15, I was studying philosophy in Unilag. I finished and carried on to go and study law in England at the University of Buckingham. When I finished, I realized that I had missed out in the whole of the Internet stuff.”
She then went to do a diploma in computing. From business computing, she learnt SQL (Structured Query Language) “which is what a lot of the Oracle platforms are built on and I learnt to code and so on. And it’s logic. It helped me to become what I have become today, which is solutions provider. I don’t say I am a marketer or I am a strategist or I am a business analyst, which are all things I have done. I provide solutions. In whatever field I find myself, I try to provide solution. The only thing I don’t think I can do is maybe brain surgery or rocket science. But everything else, there is a principle, there is an approach, and if you don’t know, go find out who knows and put it all together. That is what management consultancy teaches you.”

After making her mark globally, including organizing the Mandela 90th birthday party in London from South Africa where she was based, she was headhunted by the Dangote Group and was swayed by the persuasiveness of Alhaji Aliko Dangote who asked her to come and be part of a good Nigeria story. She came and played her part in rebranding the organisation. She tells it all in my book. She recalls how “in less than two minutes he (Dangote) helped me make up my mind. I knew I wanted to be a part of something great, I knew I wanted to be part of taking a Nigerian brand to the global stage. After all, I was doing that for an international brand. And I did it very successfully such that I won awards and accolades. But he said: ‘Come and do it. Because if we don’t do it, if we don’t take Nigeria to the world, then the negative narrative on Nigeria is what we would hear—we would never hear the positive stories out of Nigeria. So come and do this. Come and join me.’”

After playing her part in rebranding the Dangote Group, she made her move to join FirstBank as the head of marketing and corporate communications. The rest of the story would have to be told by Folake Ani-Mumuney in her book, if she ever writes. Meanwhile, I wish the first female ADVAN President happy 50th birthday, long life, good health and more accolades in the corporate world.