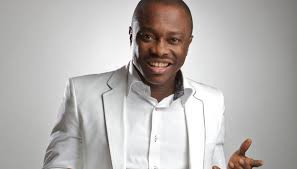 popular comedian Julius Agwu has finally opened up on his mysterious experience with death during his battle with a strange ailment that took him off the radar for sometime. According to the ace comedian, he died but woke up on his way to the mortuary.

Julius Agwu in his statement said, while he was being unconscious he saw his father who had died so many years back, chasing him back to the land of the living.

“The truth is that I would not have been alive if not for God. I died and woke up; I literally died and woke up. I say that authoritatively because I know that I had an encounter with people that I know had died during that period. I saw my father who died about 12 years ago; he was the one that came and chased me back to the world because it was not my time. I died here in Nigeria but woke up when they were taking me to the mortuary.

That was the first time I had a seizure in my house but my wife stood by me. God would keep on blessing my wife; I believe that God gave me my wife and I always thank him for her. I bless God that she stayed despite everything that happened to me.

They were taking me to a mortuary but to God be the glory, my hand moved and that was the point they returned me to the hospital. Here I am today. The encounter made me realise that there is nothing as good as rest. It is very important to sleep. I work so hard and I believe that of all comedians in Nigeria, I am the only one with so many brands, I have Crack Ya Ribs, Laff for Christ’s Sake and Festival of Love.”

Julius Agwu reveled that he need to have a second surgery because he didn’t have enough rest after the first one. So at a point he had a relapse:

“What happened was that they did an MRI scan and they detected that I had two growths. They removed a tumour at the back of my head which was the size of a golf ball and the other tumour was close to my brain. They advised me that if they touched the other tumour, it could be fatal. They gave me drugs to shrink the tumour but I did not rest well and that is why it came back last year. I did not rest at all, after my surgery in America, I resumed doing my shows. I thank God for everything.

“The truth is that I am back and better. I just want to use this opportunity to tell the people that God is great and this is a time we should all reflect on our life. I would not lie to you, things are not easy in the country and many people are running away from Nigeria. ‘Crack Ya Rib’ was the first Nigerian show that went to London and after that, everybody started taking their shows there. I thank God that ‘Crack Ya Rib’ paved the way for other shows,” said Julius Agwu.

The comedian also said that a lot of people believed he was being attacked spiritually because he had shown interest in becoming the governor of Rivers State at that time. In his words:

“We live in a country where people are funny. Remember there was a time I made it public that I wanted to contest as a governor of my state, now, people have advised me not to try it again because they believe that my illness was a spiritual attack.

We live in a country where people test your power when you announce that you want to contest for an office. My good friend, Okey Bakassi, told me that the illness was a spiritual attack and pleaded with me not to try it again. He said that there was a time he also thought of contesting for a political office but that something happened to him which he said he would never forget. I just kept on laughing,”

My son’s wife treats him like a houseboy in his home –Taiwo, Obasanjo’s ex-wife