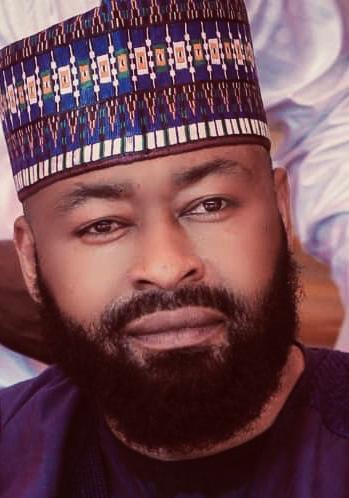 -Why He Wants To Be Reps Speaker

Umar Mohammed Bago is not just another member of the Federal House of Representatives, he is a man that has the wherewithal and the qualities of a leader of the 21st Century, whose antecedents show that he could turn a stone to bread and bring water out of the rock.

The people of Chanchanga  Federal Constituency in Niger State knew better,  when they voted for Bago to be their representative in the House of Reps in 2011  and repeated the same in 2015 and 2019.

Bago has since proven the be the best man for the job with the way he has influenced development to the area and touched the lives of the people in the constituency.

The 45-year-old politician is an alumnus of the Federal Government College, Jos and he graduated with a degree in Political Science from Uthman Dan Fodio University,  Sokoto and holds a Post Graduate Diploma.

His educational career continued as he went ahead to obtain Masters Degrees in Management, Business Administration and Finance and he is an alumnus of the prestigious Cambridge University in the United Kingdom.

Bago cut his teeth in banking at the Central Bank of Nigeria, United Bank of Africa, Standard Trust Bank (STB), FCMB,  and Afribank.

As a member of the Federal House of Representatives, his experiences are for the records.

He was a member of the House Committee on Banking and Currency,  Appropriation and Communication Technology,  Defense, as well as Loans and Debts.

He has also served in other committees such as National Planning and Economic Development,  Media and Publicity,  and he is a member of several civil societies and donor agencies.

In 2015, Bago was made the Chairman of the House Committee on Maritime,  Safety,  Education and Administration.

While some of his colleagues could not boast of making differences in the green chamber,  Bago has so far moved 20 motions on the floor of the House, sponsored 15 bills and co-sponsored several others.

The people of Bago’s constituency are living testimonies of his people-oriented empowerment programmes and constituency projects.

Bago is one of the politicians that have no baggage and people believe that the House of Representatives deserves such a politician to be it’s leader.

Some of his thoughts have become reference points for those, who believe in quality leadership and progressive minded politicians.

Bago once stated that “I observed with continued amazement and curiousity that the issue of equity in geopolitical balancing  as enshrined in the constitution of Federal Republic of Nigeria, has not been seen and taken seriously rather the issue of capacity and competence is being touted.

Bago  believes that if its the job of Speaker that “we are talking about, the Speaker will not be moving motions or Bills. Only Speaker Yakubu Dogara had moved a bill on the floor of the house of representatives in recent history of the house over the last twenty years.”

He stressed that a great speaker could  not emerge from disdain for the constitution with which he will be sworn in, adding that the capacity and competence must be situated within constitutional prescriptions.

“An effective Speaker must be able to ride on provable ability that every member  and stakeholders will find comfort  and accommodation in him, by reputation.

“I am called Mr.Relatable because this is what my life embodies and it did not start with the aspiration to be Speaker,” he said.

Bago was quoted to have said that the demand for equity is at the “nucleus of my aspiration before my nature as a very relatable personality or my capacity and competence,  and so demanding  for equitable treatment is not about indulging or being gratuitous to the North Central, rather its fact based and well earned, not frivolous; from the facts that the North Central zone gave our party the third highest votes at the 2019 Presidential election, to the zone never had a speaker of house of Representatives in 20years since 1999!

“These are facts! Of course in the mix is the need for a youth inclusion at that level of our political administration; these are claims that are real making my aspiration legitimate, fair and just…”

He said further that “I just watched the Seun Okinbaloye’s Politics Today and saw how the North Central geopolitical zone asking for equity was dismissively and condescendingly referred to by my colleague Hon. Abdulmumini, when he said there are other positions “within” the house leadership that the North Central can be “given”, affirming that south west zone(lagos) that gave our party 2million votes and has Vice President of Nigeria by entitlement should also get the Speaker House of Representatives while Northcentral geopolitical zone that gave APC/President Buhari 2.4million votes should settle for Chief whip?Or Deputy Whip..etc! My heart bleeds…”

He maintained that a zone that in 20 years had never produced Speaker or Deputy inspite of huge support for APC…where is equity, justice, fairness that the Nigerian constitution  and that of APC prescribed.

“A case of a father of six openly showing favouritism to a child out of  the six, in a six bedroom  house is giving two rooms to the favourite child and asking four others to take the remaining four rooms and sending one child to go and stay in the boy’s quarters, even when he has been a good child… hmmm…May God bless Nigeria…” he said.

FG: We’ve not found a formula to end fuel subsidy