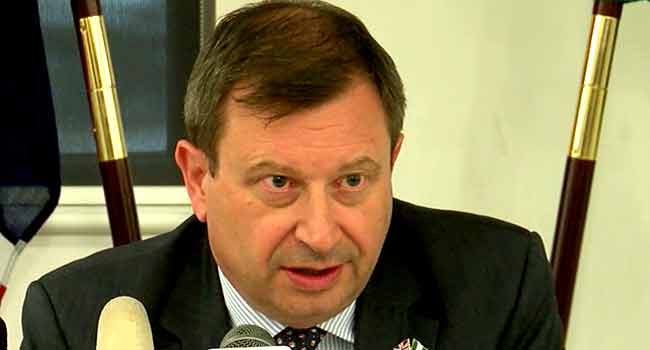 The United Kingdom has returned the sum of £70 million recovered from a Nigerian who was convicted of fraud in an Italian court.

He said, “There was an Italian court case with a particular person involved. A portion the fund has been in the UK and that was the portion that was returned recently from the UK to Nigeria. So, it’s in that context that the 70 million (pounds) was returned.”

Mr Arkwright, however, refused to disclose the identity of the Nigerian involved in the offence.

He said more funds would be repatriated, stressing that his country was working with the Nigerian government to accelerate the legal process of returning the looted money.

“The British government has no intention of keeping one kobo of Nigerian funds in the UK,” said the diplomat. “It all must come back to Nigeria.”

He added, “Just as in Nigeria, the UK feels that the judicial process is important, and we have to go through those processes before the money can be returned.”

Arkwright also confirmed that British Prime Minister Theresa May will visit Nigeria as part of her visit to Africa.

May is expected in Nigeria on Wednesday.