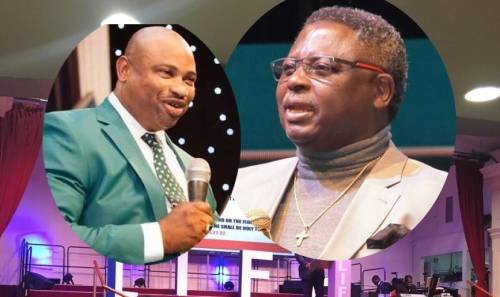 THESE are the mega-rich messengers of God whose churches are raking in millions from their worshippers in some of the poorest parts of Britain.

Pastors Matthew Ashimolowo and Alex Omokudu live in sprawling seven-figure mansions while their huge congregations are told to hand over money often straight from their salaries.

Meanwhile, the preachers lead services in which it is claimed people have been cured of life-threatening illnesses – some of them on the spot.

The Sun found Omokudu continues to promote videos such as one claiming a young boy has been cured of cancer while the pastor places his hands on him. His church has been warned by authorities about potentially exploiting people with serious illnesses.

We witnessed worshippers being told “God wants you to give all your money to him” and warned about showing “disobedience to God” before being handed direct debit forms.

The pastors claim to share their wealth with those who need it but we can reveal the financial dealings which have seen them acquire lavish lifestyles most worshipers can only dream of.

Pastor Alex Omokudu claims to be “heavily anointed with healing powers from God” and his church takes more than £1million a year in donations from his devoted following.

Today, the 53-year-old – who is called Daddy by his flock – owns a lavish £2million nine-bedroom mansion in leafy Hornchurch, Essex. 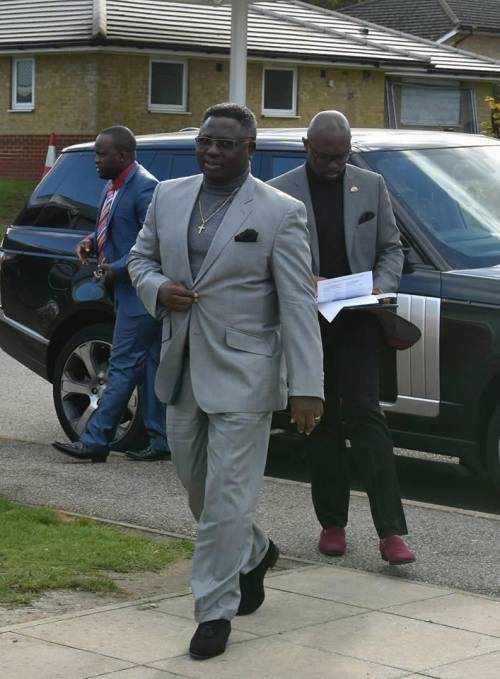 Despite his luxurious lifestyle, his website states: “My wealth belongs to the people, whatever I have I give out. People are suffering and need help.” 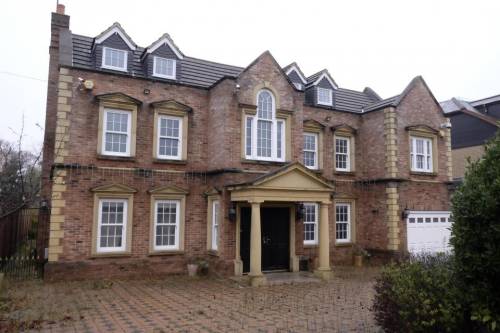 Meanwhile, worshippers are effectively leaned on to empty their pockets to ‘the God of VPA’.

The main church in Barking, East London, is attended by around 5,000 worshippers every week and lies within one of the most deprived areas in the UK.

Our reporter attended a service at VPA’s Barking church and joined thousands of people repeatedly told: “Give your money to God to get ahead of others”.

The service started with a number of testimonies of people claiming to have experienced miracles after praying to ‘the God of VPA’ and requests from those looking for help.

One teenager about to sit his A-level exams was told: “When you enter that exam hall, God will fill your head with the answers”.

The congregation was then read a passage from 2 Kings 4 in which a woman finds herself in debt and is told to collect empty containers from her neighbours which God fills with oil to sell.

A number of similar phrases were repeated as the volume of the music grew slowly in the converted office block.

“There is no excuse not to give your money to God… he sees any money you have coming. You cannot hide money from God.

“The church of VPA and Pastor Alex Omokudu will deliver you prosperity.”

As the music built to a crescendo, direct debit forms emerged – and worshippers were told to come to the front and “pay your tithes”.

But while vowing to serve the congregation who hand over £1m-a-year, Omokudu also personally takes an annual £102,000 in rent for the church they worship in.

Our investigation found Omokudu bought the property for £1m with the help of a loan from London-based Kenyan national called Kennedy Kulei.

The pastor – who previously described separation as a sin – divorced from his wife of 15 years Patricia last year and three months later married a Russian woman nearly 30 years his junior.

He explained the decision to his followers, saying in an interview: “I have already remarried. I did not want to remarry but God said I should get out of it and consoled me.”

A rent-free £1.1m home, an army of 1,000 unpaid volunteers and lavish spending sprees with church cash including a £120k birthday party

Videos show him asking his worshippers to place their hands on parts of their body where they are afflicted by diseases before saying “every sickness and disease in your body I command it to leave you” before telling them “you have no sicknesses and diseases”.

KICC – which mainly operates in Walthamstow and the recently-acquired ‘Prayer City’ building in Chatham, Kent – takes £6.3m a year from tithing, where the congregation gives up 10 per cent of its salary.

But while claiming to ‘pass on his riches’ Ashimolowo – described as the church’s ‘founder, visionary and senior pastor’ – lives rent free in a £1.1m nine-bedroom home in Romford, Essex, owned by the church.

Documents obtained by The Sun show the property was purchased by the charity with no mortgage.

The Nigerian-born pastor lives with wife Yemisi, 58, who is also a senior pastor at the church and believed to earn more than £60,000-a-year from her role. 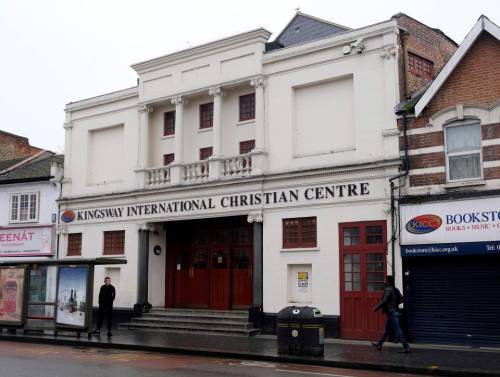 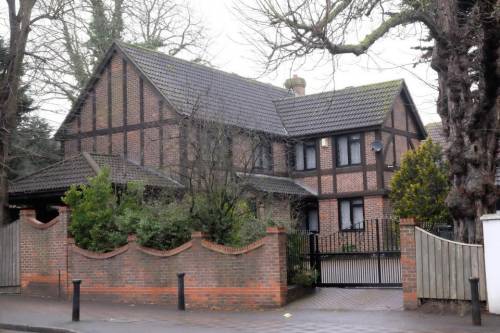 The couple owns a second £600,000 home in Grays, Essex, currently lived in by their son.

Ashimolowo has previously been found by the Charity Commission to have used church funds to pay for a £120,000 birthday party for himself at a London hotel, an £80,000 new Mercedes and a £13,000 Florida timeshare.

He was also paid around £50,000-a-year by the church for ‘pastoral services’ before the 2005 probe found he had flouted charity rules by being a trustee and paying himself a salary.

The Charity Commission found there had been ‘serious misconduct and mismanagement’ of charity funds and told it to establish itself as a new charity with new trustees – which it did.

More than £500,000 was also legally paid by the church to his own private companies including Matthew Ashimolowo Media Ministries which publishes books and DVDs of his teachings.

Accounts show the publishing company raked in more than £2 million – making a profit of £877,000 – between 1999 and 2005 before it started filing less detailed financial statements under Companies House rules.

Speaking about his wealth in an interview this year, Ashimolowo said: “Money is called currency because it flows to where it is celebrated, to wherever it is respected and showed it is needed and can be handled well.

“Anything God blesses me with I just use to bless others. I don’t stack it somewhere.”

But when Sun Online attended his church, a run-down converted cinema in Walthamstow, East London, more than 10 miles from Ashimolowo’s plush home, the service felt more like a sales pitch.

The sermon, entitled ‘The Power of the Tithe’, listed 14 reasons why worshippers should donate 10 per cent of their income to the church.

Ashimolowo told the congregation: “If you do not pay the tithe, it is like you do not really trust God”.

He labelled the money an “insurance against Satan” and warned of the dire consequences of non-payment.

The millionaire – estimated to be worth around £6 million by Forbes magazine in 2011 – says refusal to hand over hundreds of pounds a month will be seen by God as “disobedience” and result in it making “impossible for him to release your harvest”.