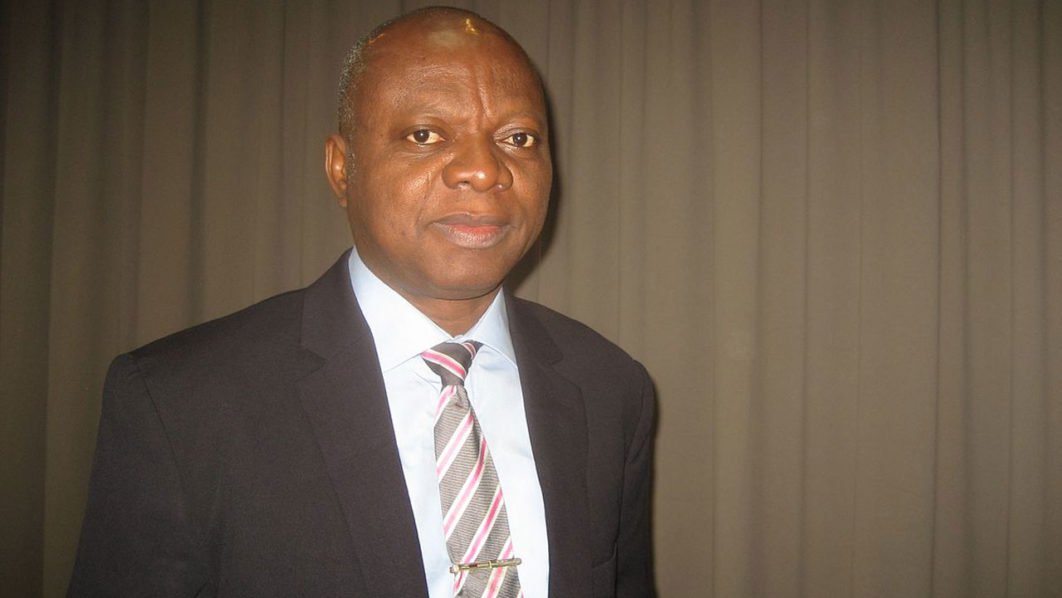 Vice Chancellor, University of Ibadan and some students’ leaders are currently at loggerheads over today’s planned protest believed to be spearheaded by the suspended President, Students’ Union of the university, Mr. Aderemi Ojo.

The students’ leaders blamed the Vice Chancellor for most of the problems the institution was facing.

The post titled “ATTEMPT BY NANS TO DISRUPT THE FORTHCOMING SEMESTER EXAMINATIONS BEGINNING MONDAY, 8 JANUARY 2018” has been completely deleted on the VC’s facebook page.

It was reported that the VC had alleged that Aderemi Ojo and some students under the banner of National Association of Nigerian Students (NANS) had concluded plans to disrupt the semester examinations billed to commence today (Monday).

But, a former SUG President, Mr. Babatunde Badmus while reacting to the post, said the VC would be a better Abacha.

He wrote: “Imagine the posture from a vice chancellor of my own prestigious University of Ibadan. THE TONE OF THIS WRITE UP shows that the vice chancellor will be a better ABACHA. Can you suspend ASUU, NASU and other staff unions?”

Angered by this, the VC said “Your father and forbears are descendants of Abacha.”

Abiodun Olaluwoye: “What I expect from ever conscious and articulate uites is to shut down the school until that charlatan is removed from from office by the governing council. What is the essence of a certificate,when u cannot defend your right to freedom. #occupyui #enoughisenough. #olayinkamustgo”.

Oladele Michael Adeyemi: “Can’t believe the VC has deleted the post that led to this”.

Òsásonà A. Olúwatósìn: “This is so unfortunate… University of Ibadan”

Others include, Senator-Sadiq Samuel, who wrote: “Why on earth would someone doubt that that Pharaoh/Abacha currently occupying the office of the VC is responsible for that response. Kudos to you Asiwaju Babatunde Badmus for being a strong man. Thank you for not falling our hands”.

Adejare A. Oluwadare: “Here is the UI VC directly referring to a people as ANARCHIST. Yet when someone likens him to Abacha, some of you here are like… “that’s kinda harsh”, shebi?”

Raji Draj Ademola: “This one is a new low. A whole VC”.

Bada Lateef Olawale: “May God heal our land and guide our leaders right”.

Sunday Taiwo Amos: “Welcome to my country.. God will heal our land”. 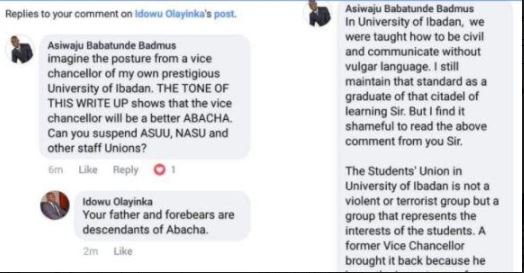 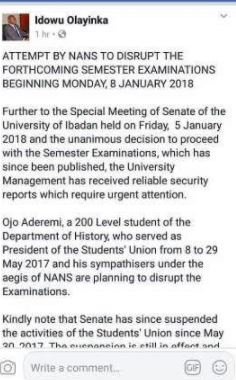 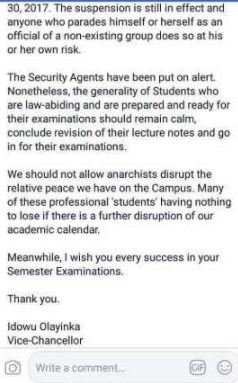 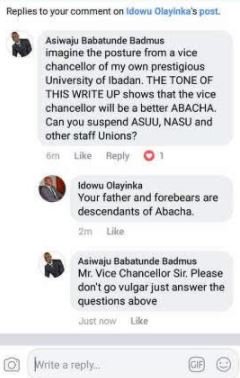 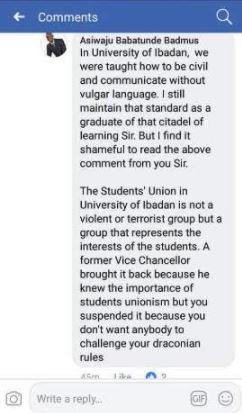