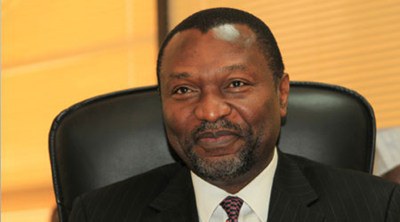 Udoma Udo Udoma, the minister of budget and national planning says the economy is not at its strongest since it exited recession.

In a statement signed by James Akpandem, his special adviser, Udoma said he is encouraged by the fact that the growth was largely driven by the non-oil sector which grew by 2.70% in the quarter, posting a growth of 2.0% for the full year 2018.

He said this is the strongest growth in non-oil GDP since the fourth quarter of 2015.

According to the gross domestic report released by the National Bureau of Statistics on Tuesday, the full-year 2018 real GDP stood at 1.93%, higher than the 0.82% growth rate recorded in 2017.

He said the report reflected the Buhari administration’s continued implementation of targeted policies, programmes and projects across various MDAs and other sectors of the economy as set out in the ERGP.

“Adherence to the ERGP has resulted in the economy coming out of recession and heading towards sustainable economic growth,” he said.

“It is a clear indication that our programmes and policies are on the right track.”

Speaking at the recent dialogue session organised by Deloitte in Lagos, Udoma assured that the economy will continue to maintain its recovery and increase its growth trajectory in 2019.

“Our aim is to take all measures necessary to ensure that we increase the growth rate whilst maintaining fiscal sustainability,” he said.

Udoma said the GDP growth corresponds with improvements in other indicators including inflation, foreign reserves, exchange rates, trade balance and capital inflows, amongst others.