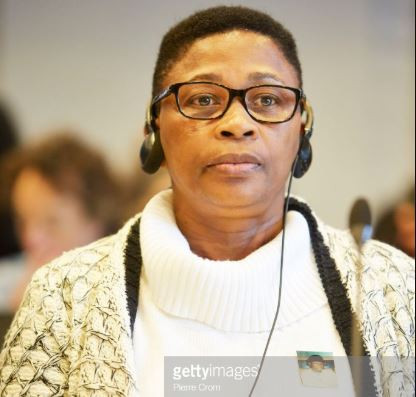 Esther Kiobel, the widow of a Nigerian activist suing oil giant Shell over the execution of her husband says his death left her “traumatised” and “poverty-stricken”.

She is testifying in court in The Hague, demanding compensation from the Netherlands-based firm. Esther is among four women who accuse Shell of being complicit in the hanging of their husbands by Nigeria’s military in 1995 but Shell denies the allegation.

Back in the 90s, the activists led mass protests against oil pollution in Nigeria’s Ogoniland. The protests were seen as a major threat to then-military ruler Gen Sani Abacha, and Shell.

They were led by author Ken Saro-Wiwa, who was among nine activists hanged by the military regime. Their executions caused global outrage, and led to Nigeria’s suspension from the Commonwealth for more than three years.

Two of the widows were in court, but two others were denied visas to attend.

In a written statement, Esther said she had lost a “wonderful husband” and a “best friend”.

“The abuses my family and l went through are such an awful experience that has left us traumatised to date without help. We all have lived with so much pain and agony, but rather than giving up, the thought of how ruthlessly my husband was killed… has spurred me to remain resilient in my fight for justice.

“My husband and the rest were killed… The memory of the physical torture my family and l went through has remained fresh in my mind, and whenever l look at the scar of the injury l sustained during the incident, my heart races for justice all the more.”

Emir of Kano decries thuggery during political rallies in the state.