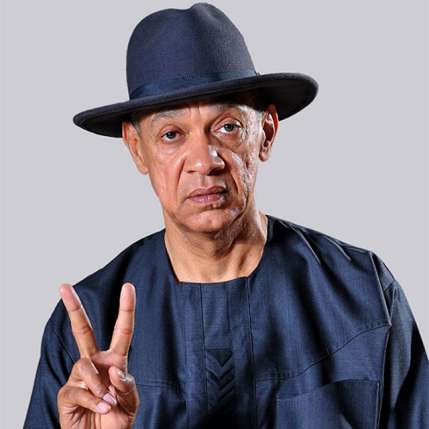 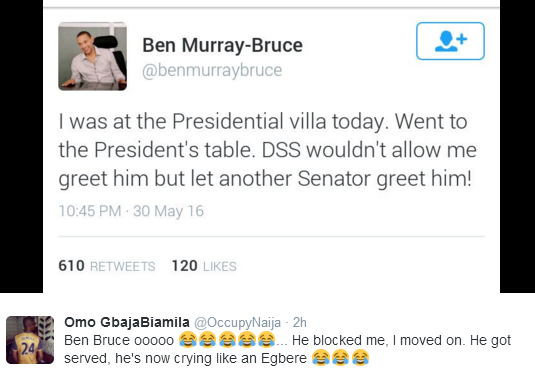 Nigerians on twitter are reacting to Senator Ben Murray-Bruce’s claim of being prevented from greeting President Buhari at the presidential dinner for National Assembly members last night. Some twitter users say if he can block his critics on twitter, he should not complain when he is blocked from President Buhari who he criticizes often. See more of their reactions after the cut. 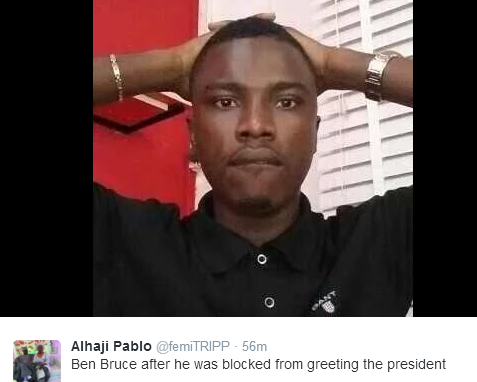 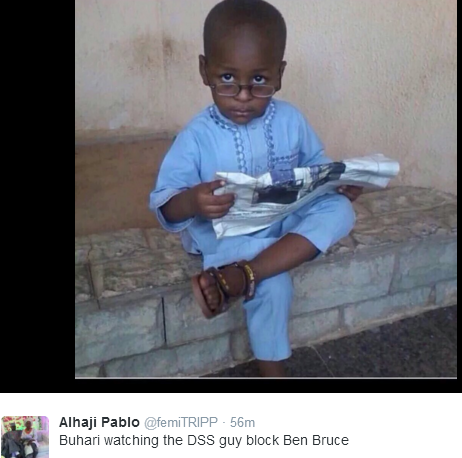 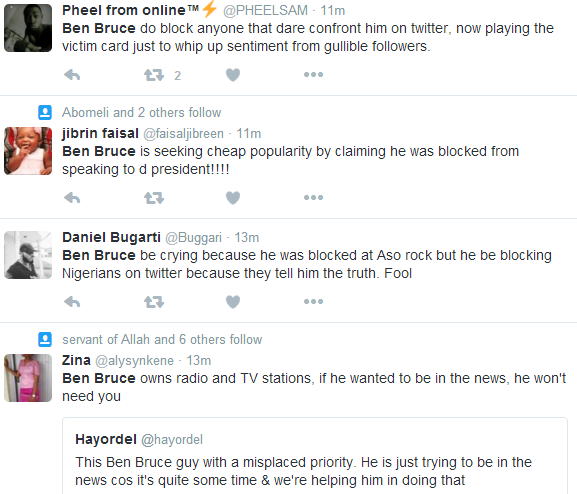 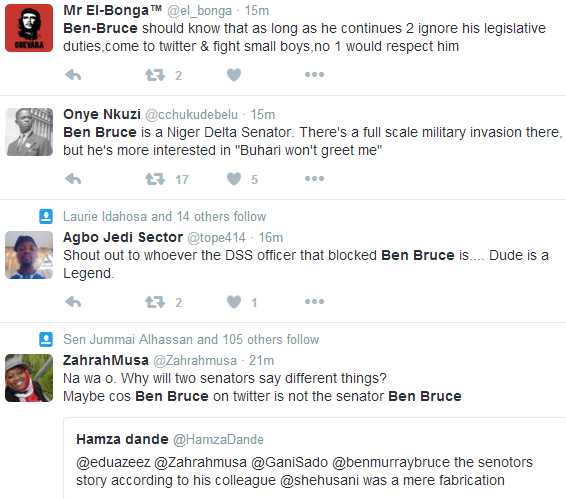 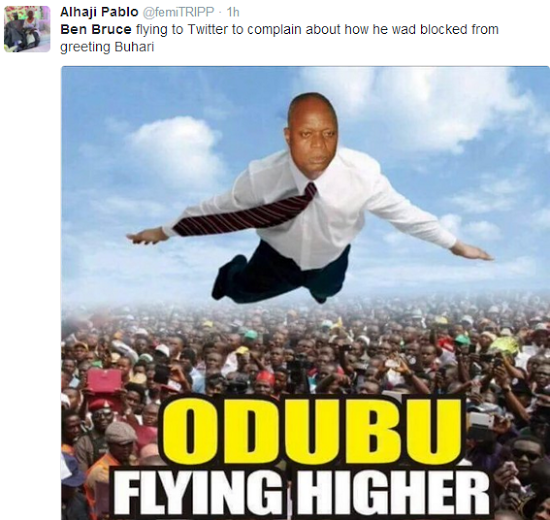 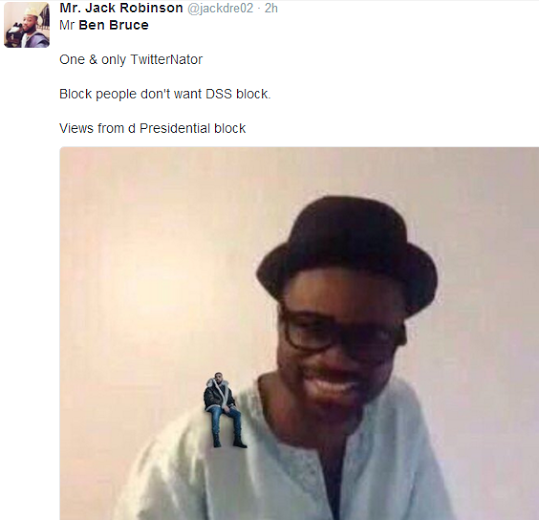 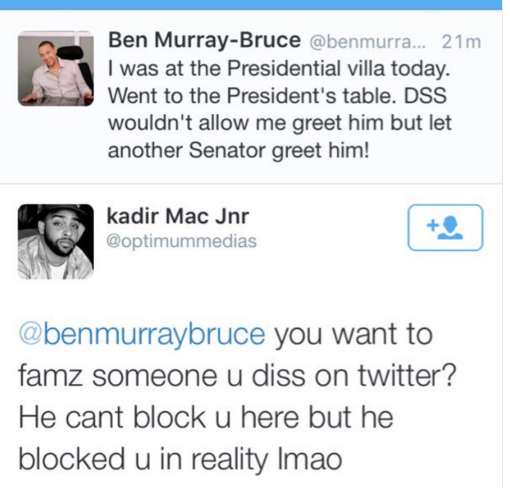 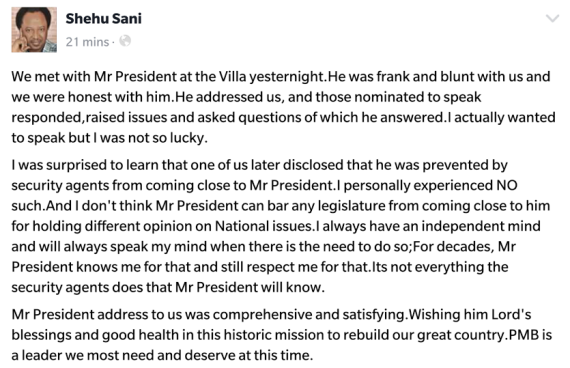 Sen. Ben Murray-Bruce had alleged that some DSS officials prevented him from greeting president Buhari at the presidential dinner hosted in honor of National Assembly members yesterday May 30th. Senator Shehu Sani who is very critical of the Buhari led government says he did not witness such at the dinner.

Sola Adeyeye’s comments on Ben Bruce’s claim he was shunned by pres. Buhari 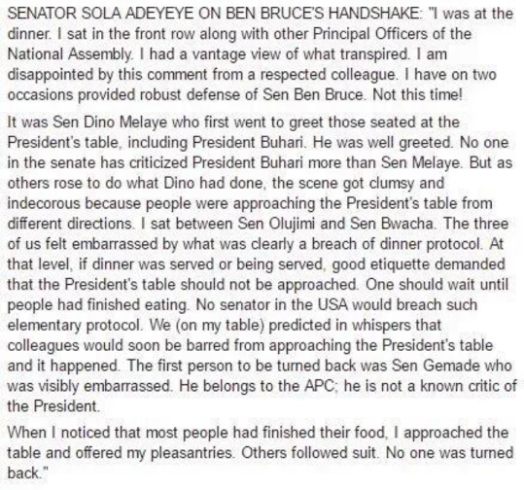