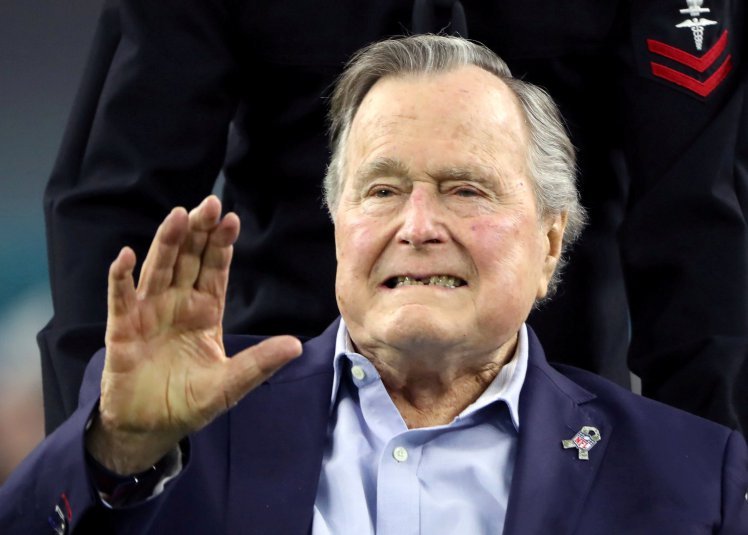 Across the globe, condolence messages have continued to fly to the family of the late former United States President, George Bush, who died at 94.

The family of Mr Bush announced his death in the late hours of Friday.

Mr Bush, the 41st president of the United States, who lived longer than any of his predecessors, presided over the end of the Cold War and routed Saddam Hussein’s Iraqi army.

Mr Bush lost a chance for a second term after breaking a no-new-taxes pledge. But his son who bears his name, came in as the 43rd president after the era of Bill Clinton .

In a condolence statement signed by the current U.S. President, Donald Trump, and his wife, Melania, the Trumps lauded the contributions of the ex- American leader.

“Through his essential authenticity, disarming wit, and unwavering commitment to faith, family, and country, President Bush inspired generations of his fellow Americans to public service- to be, in his words, ‘a thousand points of lights’ illuminating the greatness, hope, and opportunity of America to the world.

“With sound judgement, common sense, and unflappable leadership, President Bush guided our Nation, and the world, to a peaceful and victorious conclusion of the Cold War.

“As president, he set the stage for decades of prosperity that have followed. And through all that he accomplished, he remained humble, following the quiet call to service that gave him a clear sense of direction.”

Also, the US immediate past President, Barack Obama, in a statement issued on Saturday, said:

“America has lost a patriot and humble servant in George Herbert Walker Bush. While our hearts are heavy today, they are also filled with gratitude.

“Not merely for the years he spent as our 42st President, but for the more than 70 years he spent in devoted service to the country he loved – from a decorated Naval aviator who nearly gave his life in World War II, to Commander-in-Chief of our Armed Forces, with plenty of posts along the way. Ambassador to the United Nations. Director of Central Intelligence. U.S. Envoy to China. Vice President of the United States.”

According to Mr Obama, George H.W. Bush’s life is a testament to the notion that public service is a noble, joyous calling and “whose legacy of service may never be matched with past US leaders”.

“Expanding America’s promise to new immigrants and people with disabilities. Reducing the scourge of nuclear weapons and building a broad international coalition to expel a dictator from Kuwait. And when democratic revolutions bloomed across Eastern Europe, it was his steady, diplomatic hand that made possible an achievement once thought anything but – ending the Cold War without firing a shot.”

Meanwhile, President Macron Emmanuel of France has described Mr Bush as a world leader, who strongly supported the European alliance.

“On behalf of the French people, I convey all my condolences to the American nation for the loss of former President George Bush. He was a world leader, who strongly supported the alliance with Europe. Our sympathy to his family and beloved ones,” he posted Saturday morning.