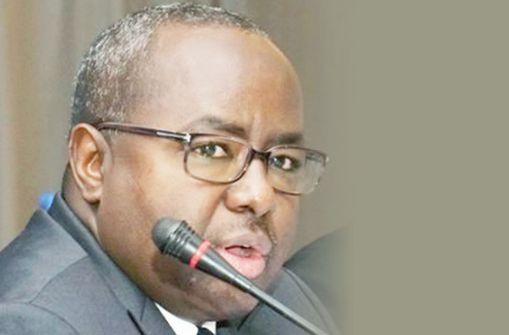 Mr. Mounir Gwarzo, director-general of Securities and Exchange Commission, allegedly got himself a severance package of N104m from the same commission shortly after he was named DG in 2015.

He was an executive commissioner at SEC when former President Goodluck Jonathan appointed him to lead the commission on May 22, 2015.

Surprisingly, on assuming office as DG, he allegedly paid himself the hefty package as entitlement for being an executive commissioner for just two and a half years.

In a petition to the house of representatives seen by The Cable, Gwarzo was said to have demanded a severance package entitled to a commissioner immediately he assumed office.

Despite the opposition mounted by the acting head of SEC legal department, Frana Chuwuogo, Gwarzo allegedly received over N104 million as benefits of his former position.

The petition said the SEC DG had been awarding contracts to his family members and friends, in violation of the rules guiding the commission.

It said Gwarzo, his family members and certain directors of the commission were shareholders and directors in companies “used to carry out illegal transactions”

Details of the “illegality” were stated, with at least four different accounts said to be traced to him.

“The Company has also supplied air conditioners to the Lagos Zonal office of the Commission, as well as supplied fridge to the Commission. See Appendix BI attached hereto.

“Payments made by the Commission to the Company for contracts executed can be verified from the Company’s bank account held with United Bank for Africa Plc, with account number 1016723428.

“In addition, the Company has executed more contracts for the Commission which are not listed in Appendix B1, however these contracts can be verified from the Commission’s accounting records.

“The Company has actively been used by Mr. Gwarzo, as a shell to carry out illegal transactions as is verifiable from the frequent transactions carried out through the Company’s bank account held with Guaranty Trust Bank Plc, with Account Number 0023953920. Mr. Gwarzo is a signatory to the said Company account. See Appendix B1 attached hereto.

“Mr. Haris Haliru Gwarzo, the younger brother of the DG of the Commission, is the Sole proprietor of Northwind Environmental Services (the Company). The Company has been engaged by the Commission to clean the Commission’s Kano Zonal Office, since the inception of Mr. Gwarzo’s tenure as the DG of SEC. See Appendixes B1 and B4 attached hereto.

“Payments made by the Commission to the Company for contracts executed, can be verified from the Company’s bank account with Diamond Bank Plc, with Account Number 0095179297.”

Five other companies allegedly used for personal gains were listed by the petitioner. 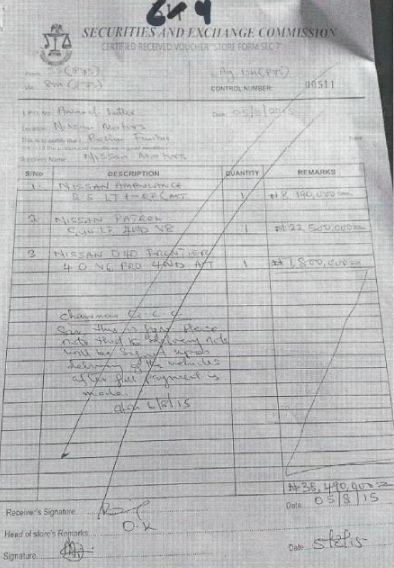 Meet Nigerian Woman Who’s A Lieutenant in the Israeli Army