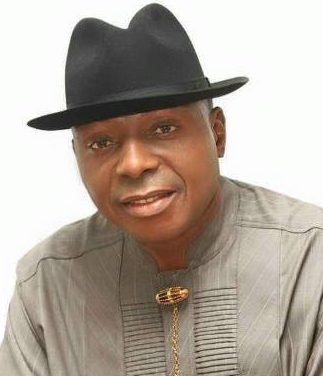 The tribunal in its judgement order for a re-run election in the district within 90 days.

Former Delta State governor and candidate of the All Progressives Congress (APC) in the election, Dr Emmanuel Uduaghan, had approached the tribunal seeking the panel to declare him winner of the February 23rd, 2019 National Assembly election.

Uduaghan’s counsel, Chief Thomson Okpoko (SAN), further prayed the tribunal to nullify the election and order for a fresh election over gross electoral malpractices that trailed the exercise in February 23, 2019.

The chairman of tribunal panel, Justice O.O Onyeabo ordered that INEC twithdraw certificate of return issued to Senator Manger for a re-run election.

In a ruling which lasted over three, Justice Onyeabo stated that the defendants, Senator Manager and the PDP, could not defend the allegation of over voting and irregularities leveled against them by Dr. Uduaghan and the APC.

In a unanimous judgement, the panel cancelled the election and ordered for a fresh election within 90 days.

The areas in dispute were; Burutu, Bomadi, Patani, Isoko North, Warri South-West and Warri North Council Areas of the District.

But reacting to the judgement, Senator Manager vowed to challenge the tribunal judgement at the Appeal Court in Benin.

Sacked Senator Manager, speaking through his lawyer, Mr Larry Selekeowei (SAN) said that they were not satisfied with the judgement but will study and appealed it.

Kashifu Abdullahi: An IT Czar and his holistic vision for NITDA