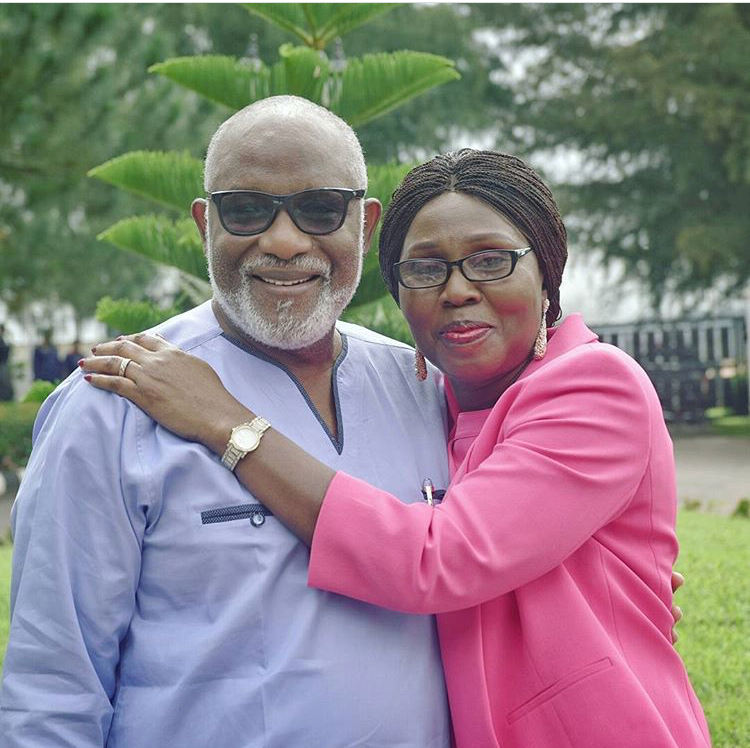 SaharaReporters exclusively gathered the bus, assigned to the Ondo State Governor’s Office Press Corps, in Mrs. Anyanwu-Akeredolu’s convoy hit a separate vehicle in which the the two students were travelling into a canal. The convoy of the governor’s wife was heading to Ore in Odigbo Local Government Area for an empowerment programme when the accident occurred.

The programme is the brainchild of the Forum of the Wives of the Ondo State Government Officials (FOWOSO) through the office of Mrs. Akeredolu. SaharaReporters learned that no fewer than three occupants of the Press Corps bus sustained serious injuries.

A Government House source told this website that accident occurred when Mrs. Akeredolu’s convoy was leaving her monthly empowerment programme in Ondo town.

He blamed the accident on overspeeding by drivers in the convoy of the governor’s wife.

“The convoy of tbe Ondo State Governor’s wife was involved in a fatal motor accident today (Tuesday) around 2pm and two persons, who wre students, died. The driver conveyed people, who were mostly journalists. The driver, later identified as Mr. Jimoh, veered off to hit the students,” said the source.

SaharaReporters learned that the driver has been arrested by the Police on the orders of the governor’s Wife. A Police source confirmed the arrest of the driver and the accident, but declined further details.

“There was an accident, which was caused by some vehicles in the convoy of the governor’s wife but i don’t have the details. The driver is in custody,” he said.

An aide to Mrs. Anyanwu-Akeredolu also confirmed the incident.

“The accident happened today, but the governor’s wife was not in any of the vehicles and those involved were the people going ahead of her for the monthly programme. We are already on top of the situation,” she said.