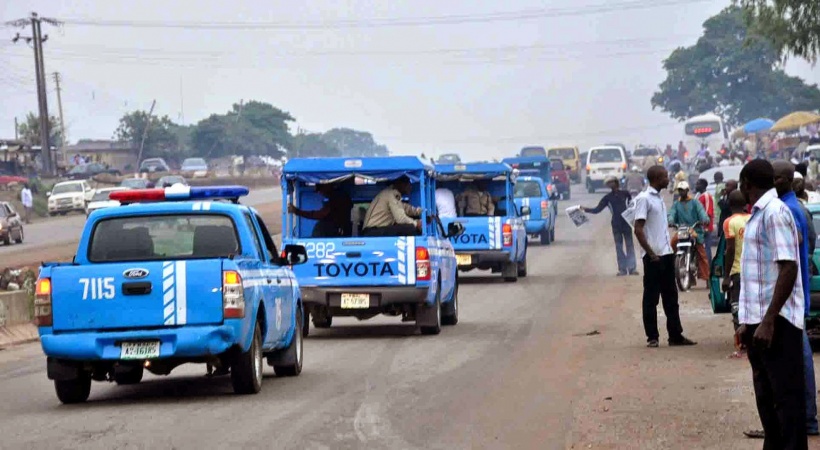 A truck, on Sunday, rammed into a commercial bus and killed all the 12 passengers on board and the bus driver at Abuduka on Ogbomoso-Ilorin Expressway.

The accident was said to have occurred around 10a.m. in Abuduka Area of Surulere North Local Council Development Area of Oyo State.

Eyewitnesses said the truck lost its brake while climbing a hill and suddenly began to roll backwards. The bus in which there were 13 persons was said to have been trailing the truck very closely and the driver could not manoeuvre the bus to safety before the accident occurred.

Both the commercial bus with registration number ABJ 14XN and the truck were headed for Ilorin before the tragedy.

Eyewitnesses said all the passengers in the commercial bus lost their lives in the accident.

But the Sector Commander, Federal Road Safety Corp (FRSC), Oyo State, Mrs. Uche Chukwurah, said officers of the organisation got to the scene of the accident shortly after it occurred and confirmed that six persons among the passengers lost their lives, while seven others were critically injured.

She said updates would be given to the public on Monday when officers of the corps got back to the hospital, where the injured passengers had been receiving medical attention.