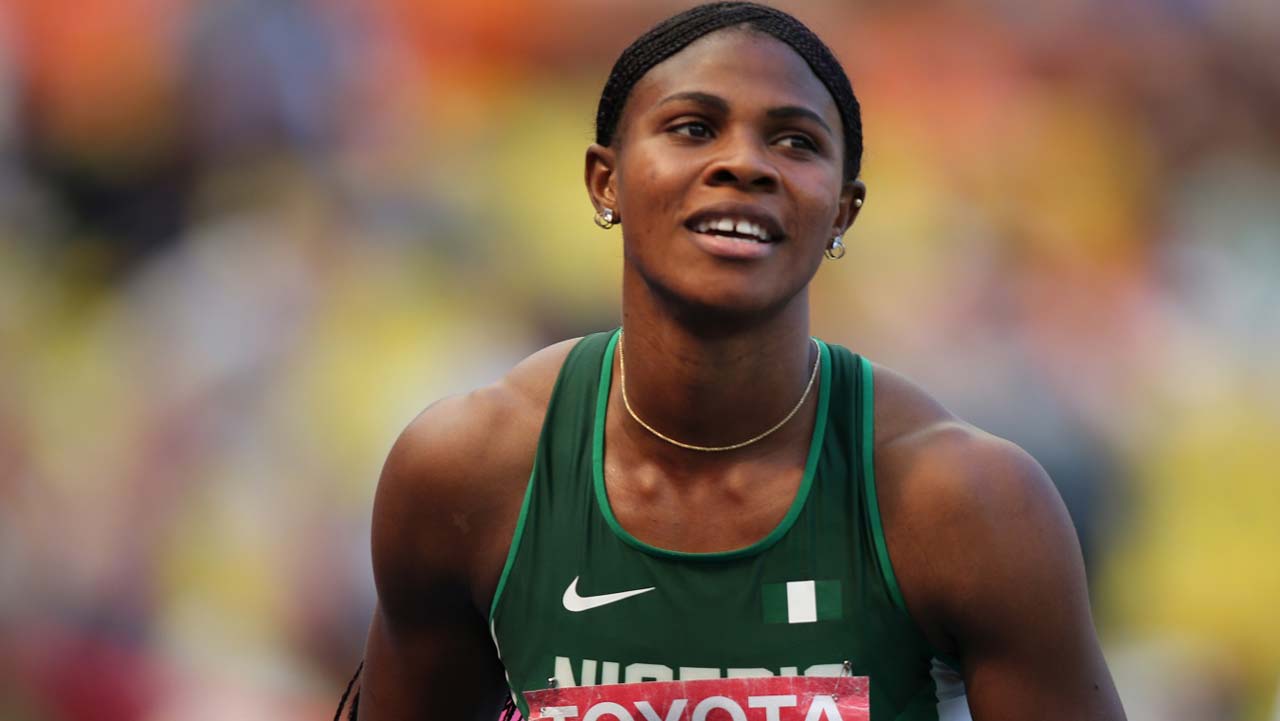 Blessing Okagbare has blamed officials of the Athletics Federation of Nigeria (AFN) following the ban of 10 of the country’s Track and Field athletes from taking part at the on-going Tokyo 2020 Olympics.

Twenty athletes, including 10 from Nigeria, will not be allowed to participate in track and field at the Olympics because they did not meet anti-doping testing requirements in the lead-up to the Games.

The Athletics Integrity Unit (AIU), which runs the anti-doping program for the sport, requires athletes from countries categorized as “high risk” because of deficiencies in their testing programs to be given three no-notice, out-of-competition tests in the 10 months leading to a major event.

Each of the seven so-called “Category A” countries had at least one athlete banned from the Games. The countries are Belarus, Bahrain, Ethiopia, Kenya, Morocco, Nigeria and Ukraine.

And reacting to the ban, Okagbare wrote on Twitter:”I have said it before and I will say it again. If you do not know the sport, not passionate about it/Us (the athletes), then you have no business there as an administrator. The sport system in Nigeria is so flaw and we athletes, are always at the receiving end of the damages.

“They were busy fighting over power, Exercising their pride over puma contract/ kits forgetting their major responsibility “THE ATHLETES”. It’s sad that this cycle keeps repeating its self and some people will come out to say I am arrogant for speaking my truth. It is my CAREER.”

Okagbare will take to the tracks when athletes kicks off on Friday.

Meanwhile, many Nigerian sports lovers have expressed anger and disappointment over the disqualification of 10 Nigerian athletes at the ongoing Tokyo 2020 Olympics.

Recall that ten Nigerian athletes were disqualified for not meeting the minimum testing requirements under Rule 15 governing National Anti-Doping Federation.

While some of them called for the sacking of the Minister of Sports, Sunday Dare, others asked him to resign.

They recalled how Dare sacked a former Technical Director of Athletics Federation of Nigeria, Sunday Adeleye, for registering two Nigerian top athletes, Blessing Okagbare and Divine Oduduru, under “wrong” categories at the World Athletics Championships, held in Doha in September 2020.

During the championships, Okagbare and Oduduru faced disqualification scare for not partaking in the men’s and women’s 100m race.

Some of the fans, who called on the President, Major General Muhammadu Buhari (retd.), described the disqualification of Nigerian athletes as embarrassing.

Abiola Fakoyede said, “No thanks to our Minister of sports and his ministry. Next time appoint professionals to manage our sports ministries and not politicians who are good at not following rules.”

“The minister should resign with immediate effect,” Awotunya Aderemi added.

Tunde Stephen also said, “Their handlers and the Minister of Sports should have done the needful by now and that is to resign.”

Ajanson Peter lamented that “We should not have wasted our time to go in the first place. This is a total disgrace, I am shocked that simple testing requirement, we couldn’t meet up to.

“What were they expecting, for the IOC to allow them to compete after not meeting the minimum standard for testing? They must be jokers.

“Our only hope was in athletics, even this one too, we couldn’t do the right thing to enable us to compete. Our sports ministry is in total shamble.”

“Sunday Dare must go,” Babanginda Kubura posted while reacting to the news of the athletes’ disqualification on Facebook.

Olawale Adigun requested that “When is Nigeria’s Sports Minister, Sunday Dare, and Athletics Federation of Nigeria President going to resign after this national disgrace.”

On Twitter, KPK @kpumpin0007 said, “Sunday Dare should be receiving his sack letter this morning.”

William @_SirWilliam_ wondered if “Sunday Dare will still have a job after this.”

@InnieNuell said, “It’s bad. Shameful! And to make it worse when these men make atrocious mistakes nobody is sacking them, nobody is coming for their heads.”

@Abu “Buhari, it is getting too late to sack Sunday Dare,” another fan, identified as Abu, posted.