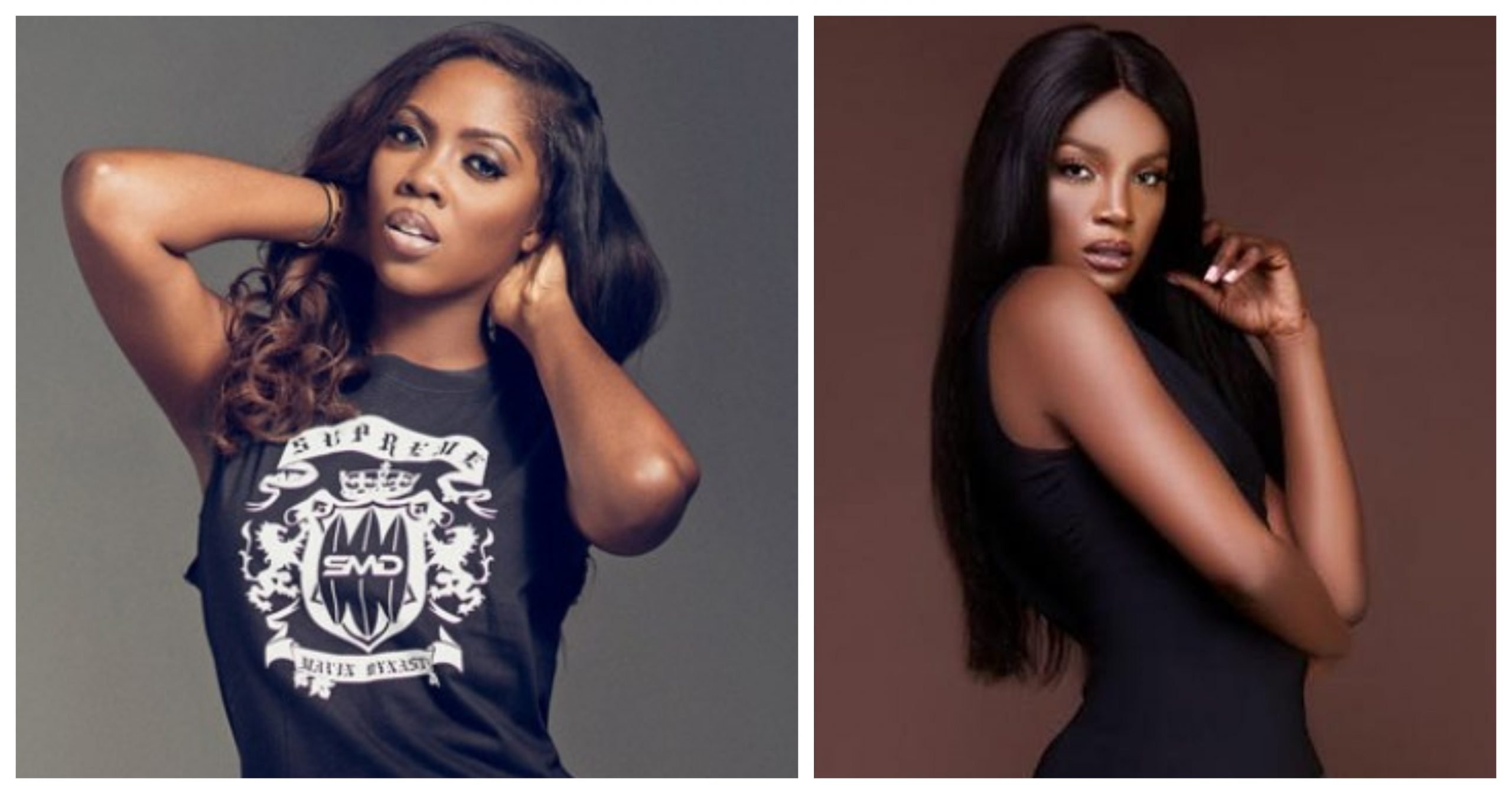 A recent video which has now gone viral shows popular singer, Seyi Shay and Tiwa Savage in a bitter exchange at TayoCut’s a popular salon at Lekki Phase 1.

Seyi Shay saw Tiwa Savage and approached her to say Hi. Tiwa, who had already made up her mind about her, retaliated instantly and cautioned her not to say “Hi” to her again.

Tiwa Savage in the video noted she should not say Hi cause Seyi blocked her on Instagram and said a lot of things online about her.

Tiwa Savage further noted that the trash Seyi Shay and Victoria Kimani spoke about her a few years ago is still fresh in her mind, and she won’t be comfortable making friends with someone who speaks crap about her.

Tiwa Savage further went on to call her names stating that Seyi Shay’s ‘yansh’ is their dirtiest in the industry tagging her a ‘hoe.’

Seyi also fought back stating she just doesn’t want to start talking about what Tiwa Savage has been doing in the industry, Tiwa fired back again saying she should spill everything out.

I am a Muslim. However, Pastor TB Joshua had always fascinated me-Ramon Olanrewaju