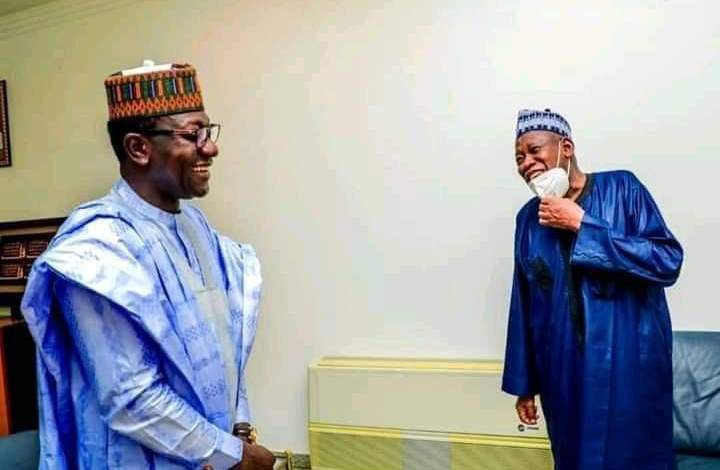 Jibrin caused media and social media uproar yesterday afternoon when he tweeted he was leaving the APC for another party following his inability to get a return ticket to the House of Representatives.

It was alleged that Governor Ganduje has not forgiven Jibrin for working against his re-election for second term in 2019.

Jibrin was elected for third term in the lower chamber of the National Parliament in 2019 to represent Kiru/Bebeji federal constituency, but lost the seat to a PDP contender in November 2019 after a Court of Appeal judgment annulled his victory and ordered for a rerun.

The PDP candidate was reportedly supported by Ganduje to defeat Jibrin and since then, both men have been politically opposed to each other even though they are both reportedly supporting the presidential aspiration of Asiwaju Tinubu.

Jibrin was named the Director General of Tinubu Support Groups Management Council last year and he has been among the main campaigners for the presidential bid of the former Lagos State Governor.

Asiwaju Tinubu, according to WesternPost sources intervened yesterday on behalf of Jibrin with Governor Ganduje, who promised to resolve the local problem the former lawmaker was having in his constituency.

Immediately after Tinubu’s call to the governor, the Kano State Chairman of APC, Abdullahi Abbas, issued a statement inviting all the parties to the dispute to a meeting today (Sunday).

According to him, a meeting of all aspirants from Kiru/Bebeji federal constituency had been called and Jibrin had signified his intention to attend.

Jibrin also had a meeting with his state governor earlier on Sunday where all their political differences have been laid to rest according to a Kano Government House source.