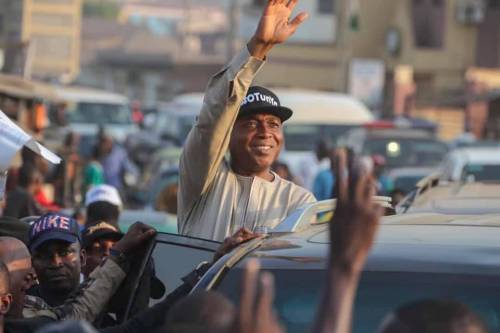 Speaking at the APC presidential rally in Ilorin, Kwara State, Tinubu, in Yoruba language loosely translated to English, said Saraki had been stealing from his people and betraying them for his own selfish interests.

“He is a traitor… someone who takes his people’s belongings and sells them off,” Tinubu said. “He is self-centred. Bukola Saraki is the one I’m talking about. He can’t beat you, or will he?”

After Ilorin, the APC campaign train moved to Abeokuta, capital of Ogun State, for a rally that turned out the most dramatic so far since the campaign started touring the country last month.