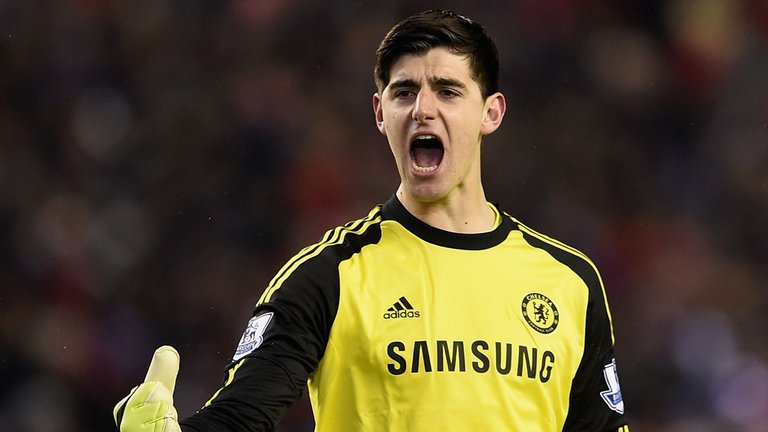 The pressure on Conte intensified on Monday night after his side suffered a hugely disappointing 4-1 defeat against Watford.

Reports have emerged suggesting that Chelsea’s stars had lost faith in the Italian, but Courtois says the team ‘believe’ in him and need to ‘regroup’ after two poor results.

He said, “We had some good games, a lot of draws and two losses and we have to find our form from before the new year again, and hopefully it will get better..

“We believe in him [Antonio Conte] and we believe in our team. We have two bad results and we just try to get back, regroup and just continue.

“We showed that we wanted to fight even with 10 men and that shows we have character, but when you lose twice like that it is not good and there are questions raised, but we go back to training with the manager, and training well and turn this situation around.

“Obviously we are disappointed with the two results we have had in the last week, obviously it is not good but we have to regroup in training, have heads high and continue the hard work and just continue what we were doing.

“We have now had two bad losses but we are a team with the manager, and everyone is positive about that, and we will try to do our best to win next week.

“We have to say thank you to the fans as well who for 96 minutes they were singing and supporting the team, when we were losing as well.”

Courtois added, “Our start was not the best one, we lost too many balls, easy passes that went wrong.

“He [Deulofeu] was just before me to the ball and I tried to make myself as small as possible and I think he just leaves his foot there, and I don’t think that should be a penalty.

“Our first half was not so good but then second half we tried to fight with 10 men and we got a bit more possession, and then the goal came and that was good.

“Then, instead of looking quickly for the second goal, we should have maybe regrouped a bit more, defended a bit, have a few minutes with the ball and then maybe attack them again.

“But I think the second goal was a bit too easy and so it was a difficult match for us. Now we have to work hard again and hope that the victories come again because it was a bad week.”

BBNaija: How my ex-boyfriend raped me – Vandora

Tears As Deji Tinubu Is Buried