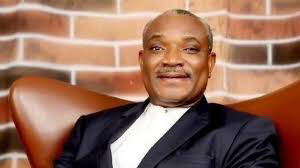 On 14 October 2019, the BBC reported that the Spanish’s Supreme Court had sentenced nine Catalonian separatists leaders to between 9 and 13 years in prison for sedition over their roles in an illegal independence referendum held in 2017. Catalonia is an autonomous region in Northwestern Spain that has campaigned for its breakaway or separation from Spain since 2010.

In October 2017, the Catalan Parliament unilaterally declared independence following a disputed referendum.
The senate Senate favored enforcing direct rule by removing the Catalan government and calling it a snap regional election.
What is the lesson from the Spanish experience with Nigeria’s separatists?
Since the leader of IPOB, Nnamdi Kanu, and Sunday Igboho was arrested, I have heard a cacophony of voices mostly on social media that the Federal government cannot prosecute them because they were merely exercising their fundamental human right to demand self-determination for their regions. How wrong!

Undisputably right to self-determination is enshrined in the United Nations Charter on Human Rights and several international conventions that Nigeria is a signatory. However, we ought to know that international law is not superior to Nigeria’s municipal or national domestic laws.
When there is a conflict between international law and Nigeria n Law, Nigeria takes precedent.
The truth of the matter is that the Constitution of the Federal Republic of Nigeria has baldly asserted that Nigeria is” indivisible and indissoluble.” According to the Oxford Dictionary of English Language, the word ” indivisible” means ” unable to be divided or separated ”. Also, the word
” indissoluble” means ” unable to be destroyed.

The framers of the Constitution deliberately used these words-indivisible and indissoluble, meaning they have to be interpreted conjunctively and read together.
In other words, the Constitution frowns against secession under whatever guise. So those who use terrorism or the threat of terrorism to demand Nigeria’s balkanization can find he or her unwittingly on the wrong side of the law.

The United Security Council has passed 225 resolutions from 5 March 1948 to 23 November 2016 against the State of Israel and imploring to take certain steps concerning Palestine Israel has never obeyed any of these resolutions.

The United Nations Human Rights Council, from 2006 to 2013, has passed 45 resolutions condemning the State of Israel for human rights violations of the Palestinian people, but Israel has obeyed none. In 2020 a report revealed that UN General Assembly condemned Israel 20 times more than the rest of the world.

It is worthy of mentioning the refusal of the Great Britan to obey the ruling of the Maritime Law Tribunal of the United Nations that Britain has no sovereignty over the Chagos Islands and should back it over to Mauritius.

The judges’ decision confirms a ruling by the International Court of Justice (ICJ) and a vote in the UN General Assembly, which Great Britain has refused to obey.
I am trying to point out that international law is hardly obeyed because it cannot be enforced as no international police officers seek its compliance.

So, those who are always citing international law as giving secessionists in Nigeria the right to advocate for the balkanization of

Nigeria are missing the point.
In any case, demand for self-determination peaceably, but you backed that up with threats to take up arms or topple the government or use terrorism or threat of terrorism.

You have gone outside the ambit of that right and should be ready to bear the consequences of your action. You cannot take umbrage under international law in that case.
Okoi Obono-Obla