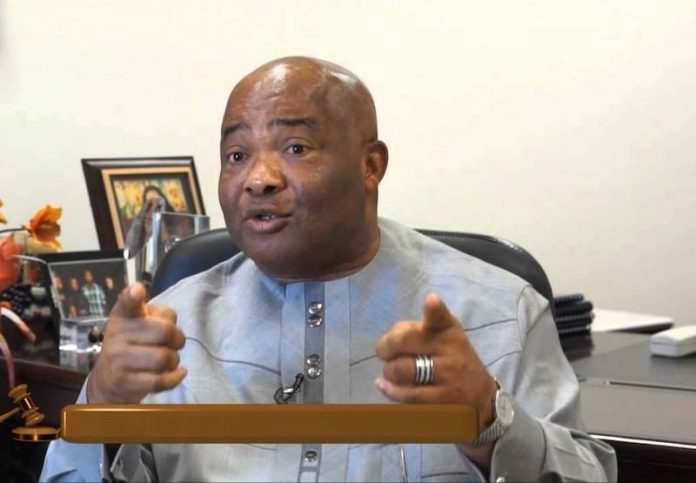 Hope Uzodinma, governor of Imo state, has asked the supreme court to dismiss the application filed by Emeka Ihedioha, demanding a review of the judgement that led to his removal.

In January, the apex court had declared Uzodinma as the duly elected governor of the state on the grounds that results from 388 polling units were excluded when the Independent National Electoral Commission (INEC) announced the final tally in March 2019.

But Ihedioha, who contested the election under the Peoples Democratic Party (PDP), disagreed with the ruling, contending that his All Progressives Congress (APC) rival misled the court.

In a preliminary objection filed against Ihedioha’s application, Uzodinma and the APC argued that the apex court cannot review its judgement once delivered.

They also added that the application constitutes an abuse of court process.

“Order 8 Rule 16 of the Supreme Court Rules 2014 prohibits the apex court from reviewing its judgement once given and delivered, save to correct clerical mistakes or accidental slip.

“The judgement sought to be set aside having been given effect by the inauguration of Uzodinma as Governor of Imo, this Honourable court lacks the jurisdiction to grant the prayer sought.”

The supreme court has fixed Tuesday for hearing of Ihedioha’s application.