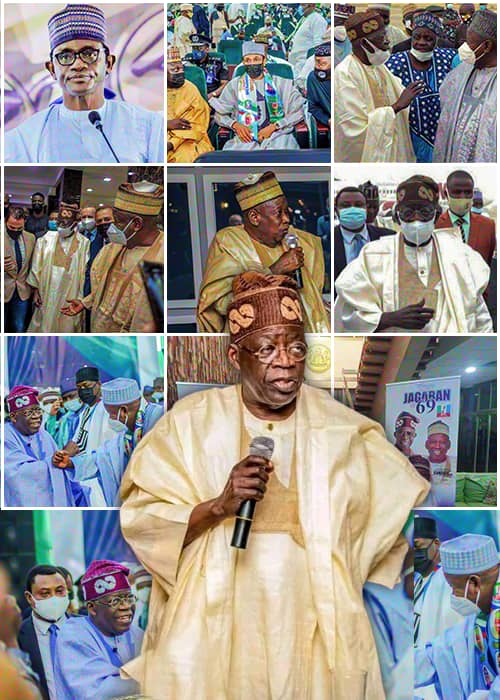 The recent 12th colloquium held in Kano in honour of Senator Bola Ahmed Tinubu for turning 69 years in life, which from many perspectives, the birthday gathering was seen or perceived as an early build-up preparing for the 2023 general elections.

Seemingly, In his quest to fulfil his life, longstanding presidential aspirations.

The event sponsored and hosted by the Kano state government has come and gone, but left the discerning minds with forecasts, lessons and bolded questions mark, which time would only tell the right answers, and also to those waiting patiently would surely reap the fruition of their silent curiosity.

Undoubtedly, Senator Bola Ahmed Tinubu was regarded by many or to some, as an uncanny, grand power-broker, with a bundle of promising, political potentialities in today’s Nigeria.

The colloquium held and accompanied nationalistic titled “Our Common bond, Our Common Wealth” granted to the drooping-eyelids politician who sometimes in the past said he doesn’t believe in one Nigeria.

The event is stirring waters of heated debate, some people are still ruminating of what’s the actual motive of hosting the gathering in the pyramid city.

Some are of the view that the event was a mere political bartering between the celebrant and his host.

While some had gazed a perspectives outlook from the angle of reciprocity, being Kano has a numerical strength of votes and also Tinubu, the celebrant has seamless political connectivity.

Which the above equilibrium signifies that the union between the duo perceived by the observers as a seeming symbiosis relationship of politics by barter.

Before exhausting my textual materials, I do have a point which perhaps or may not likely to corroborate the above-mentioned discourse, about the nature of calibre Tinubu possessed that made him warranted to be honoured for the first time in Kano, whereby no post-mortem colloquium of such kind was ever held in honour of the past Kano political and institutional godfathers, such as late Mallam Aminu Kano, Abubakar Rimi, Emir of Kano, Alh. Ado Bayero and others.

The befitting colloquium gathering bequeaths to the Jagaba of Borgu by the Kano state government was seen by political observers as a preliminary benefaction to him for being regarded as a bankable politician, who started flexing his powerful tentacles in his ambitious bid to succeeds the apex throne of the gap-tooth president.

In the light of this, Jagaba of Borgu should be reminded that everyone turns deserves another, given the huge encomiums and citations enjoyed during the 12th colloquium gathering to celebrates his 69th birthday anniversary in Kano