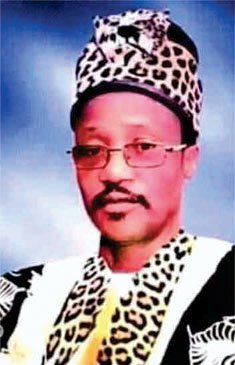 There is tension in Kaduna as a first-class traditional ruler, Agom Adara, Mr. Maiwada Raphael Galadima, who was abducted last Friday with his wife has been killed.

The traditional ruler is believed to have been killed on Thursday and his body dumped at Kateri along the Kaduna-Abuja Expressway before it was taken to St. Gerald Catholic Hospital in Kaduna early yesterday morning.

The Nation gathered that the late Agom was shot twice in the head, as there were bullet wounds piercing through his ears and neck.

Report also has it that the kidnappers collected N10 million ransom before killing the traditional ruler.

The killing of the traditional ruler caused tension in Kaduna, as people   started running back to their houses out of fear, even as fresh crisis was said to have started in the Sabon Tasha area of the metropolis

In a swift reaction, Governor Nasir El-Rufai has reinstated a 24-hour curfew on the metropolis and environs.

The Nation recalled that Agom Adara was kinapped last week on his way back to his palace in Kachia from Kasuwan Magani, where himself and other leaders of the area alongside the state governor went on the assessment tour of the crisis area.

Unconfirmed report has it that the kidnappers, who had on the spot killed four of the chief’s aides while abducting him last week, had collected ransom of N10 million before killing him.

Governor El-Rufai in a statement through his Senior Special Assistant on Media And Publicity, Samuel Aruwan, said the reinstated 24-hour curfew was a necessary step to help maintain peace as the state mourns Agom Adara.

According to him, “The state government has reinstated a 24-hour curfew on Kaduna metropolis and environs, Kasuwan Magani, Kajuru, Kateri and Kachia. The curfew is effective from 11am today(yesterday) and will remain in force until further notice.

“This is a necessary step to help maintain peace as we mourn the death of HRH Agom Adara who we lost in the early hours of today (yesterday) to the criminals who abducted him last week.”

The governor has explained that his government and the security agents worked strenuously to rescue the traditional ruler from his abductors.

Governor El-Rufai, in another statement by his media aide, Samuel Aruwan, said he is pained and heartbroken that criminal elements have taken away a man who did his best for peace and harmony in Kaduna State.

He described Dr. Galadima as a man of peace and a traditional ruler who consistently made positive contributions for the peace and tranquillity in his chiefdom and the entire state.

Even in death, Ochanya must have justice, Benue women cry