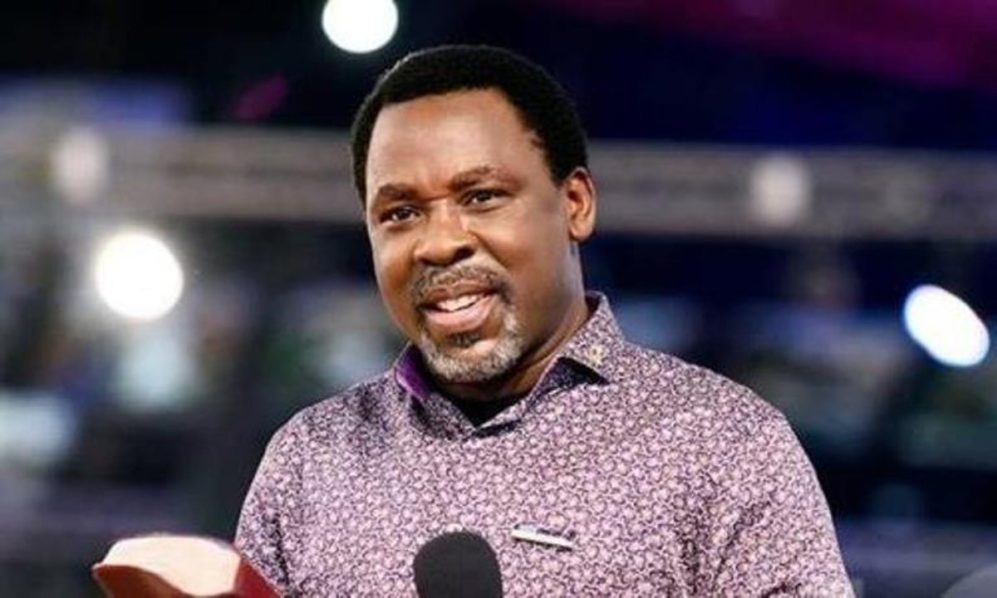 Prophet TB Joshua, founder of the Synagogue Church of All Nations (SCOAN), who died at 57 on Saturday was a successful and very controversial man of God.

TB Joshua is seen from different points of view by different people across the world.

Indeed, the late celebrated cleric is not only unique, he had 10 outstanding characteristics that many people might not have considered about him, while he was alive.

Nine months is the usual period that a mother uses in carrying her child in the womb. But this was a different ball game for the mother of TB Joshua, who said his birth was ‘prophesied’ 100 years earlier. He claimed to have spent 15 months in his mother’s womb, and said he escaped death during a quarry explosion near his house, just seven days after his birth.

Did Not Complete Secondary Education

The late Joshua attended St. Stephen’s Anglican Primary School in his hometown of Arigdi Akoko in Ondo State between 1971 and 1977.
He however, failed to complete his secondary school education. Known as Balogun Francis back then, his schoolmates referred to him as “small pastor”.

Although he died a wealthy man, Joshua knew poverty. So poor was he that he worked in a poultry when he just came to Lagos State from his hometown.
Joshua said in an interview that stench from the poultry was all over him when people met him on the streets of Lagos in those days.

TB Joshua was married to Evelyn with, whom he had three children.

Serah Oyindamola Joshua, his first daughter, studied law at the London School of Economics. She was called to the Nigerian Bar in 2015 and in January 2016, she was called to bar at New York Supreme Court.

The second daughter of the cleric is Promise Joshua. The 21-year-old studied Politics and International Relations, still at London School of Economics. Information about his third child is shrouded in secrecy. Some have said the third child is a boy while others have described the child as a girl.

In one of his books, TB Joshua wrote that he started his church after 40 days prayers in 1987.
He claimed to have received a covenant from God to start his ministry. The church started with a handful of members but has since become one of the most influential churches, not just in Nigeria but across the globe.

Next in line to Joshua in SCOAN are those referred to as the wise men. Although they were five in number, the figure had reduced to three at the time of his death on Saturday.

The Wisemen
They were: Wiseman John Chi Meh from Cameroon, Wiseman Racine Bousso from Senegal, Wiseman Daniel Emelandu from Nigeria, Wiseman Christopher Orji from Nigeria and Wiseman Harry from Greece.
Meh and Orji pulled out from Joshua’s church under controversial circumstances some years back.

He has an intimidating social media presence. Over 3.5 millions fans on Facebook and his popularity cut across Africa and Latin America. Before his suspension on YouTube, his channel had over one million subscribers and was the world’s most viewed Christian ministry on the platform.

According to reports, SCOAN had attracted more weekly attendees than the combined number of visitors to Buckingham Palace and the Tower of London. According to information on the church’s website, SCOAN has been described as one of Nigeria’s biggest tourist attraction and the most visited destination by religious tourists in West Africa.
Figures released by the Nigerian Immigration Service indicated that six out of every ten foreign travellers coming into Nigeria are bound for The SCOAN.

‘Son of The Devil Vs Son God’

In 2010, TB Joshua was blacklisted by the government of Cameroon and termed a ‘son of the devil’ but if he was scorned by the Cameroonian authorities, the deceased was worshipped in Dominican Republic. President Leonel Fernandez invited him to the country in 2017. On his arrival at the Las Americas International Airport, Santo Domingo, he was received by top military generals, police officers and dignitaries amidst a carnival-like atmosphere. When he rounded off the crusade he went there for, he was honoured with the highest award in the land.

SCOAN had published numerous videos claiming that the late Pastor had the power of healing of incurable disabilities and illnesses such as HIV/AIDS, blindness and open wounds.

Several hundred of Nigerians and international visitors came to the SCOAN each week to register for the prayer lines where the visitors are prayed over by Joshua.

In 2011, media houses in the UK reported at least three people in London with HIV died after they stopped taking life saving drugs on the advice of their pastors.
The HIV prevention charity African Health Policy Network (AHPN) listed SCOAN as one of the culprits. But the church debunked the accusation.