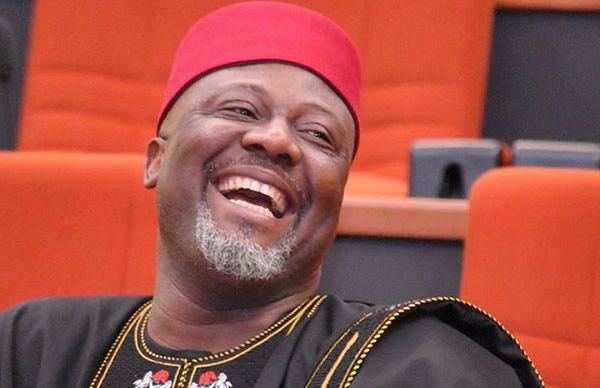 Policemen invaded the Abuja residence of the senator last week in a bid to arrest him.

Having failed to secure his arrest, the officers vowed not to leave the place until they get Melaye. The policemen surrounded the house and cut water and electricity supplies.

Melaye, who told reporters on the telephone that he was not in Abuja at the time the policemen stormed his residence, promised to report to the police but had not done so.

In his reaction to the siege laid to Melaye’s residence by the police, Falana asked the senator to give himself up for arrest and “end the drama”.

“The fundamental right of every citizen to personal liberty is guranateed by section 35 of the Constitution of Nigeria and aricle 6 of the African Charter on Human and Peoples Rights. The right may however be violated by the State if there is reasonable suspicion that any citizen has committed a criminal offence,” Falana said in a statement.

“The Nigeria Police Force recently announced its plan to arrest Senator Dino on the allegation that he has committed the offences of criminal conspiracy and attempted culpable homicide. The Senator did not respond to the invitation of the Police on the grounds that the permission of the Senate President, Dr. Bukola Saraki was not sought and obtained!

“Convinced that the Senator has decided not to submit himself for investigation, a team of police personnel have surrounded his residence with a view to effecting his arrest. The siege to the house by the Police has needlessly lasted for 6 days. It has been reported that the supply of electricity and water to the house has been disconnected by the Police. Such action cannot be justified in law. There is no doubt that the Nigeria Police Force has itself to blame for the sensationalization of the planned arrest of the Senator.

“The Police ought to have effected the arrest of the Senator under the relevant provisions of the Administration of Criminal Justice Act 2015 which empower the Police and other law enforcement to break into any house to arrest if there is evidence that any criminal suspect against whom a warrant of arrest has been issued by any court has absconded or is concealing himself or herself so that the warrant cannot be executed. By sending over 60 armed police personnel to arrest an citizen the Nigeria is exposing the Federal Government to ridicule.

“However, by politely requesting Senator Melaye to submit himself for arrest the Nigeria Police Force has accorded him the special treatment that is normally reserved for Very Important Personalities in Nigeria by security agencies. It is an indisputable fact that but for his privileged position in the country the Police would have forcefully arrested the Senator without laying any siege to his house. To end the needless drama and the unwarranted inconvenience to which his family members and neighbours have been subjected for the past six days Senator Melaye should submit himself for arrest without any further delay.”