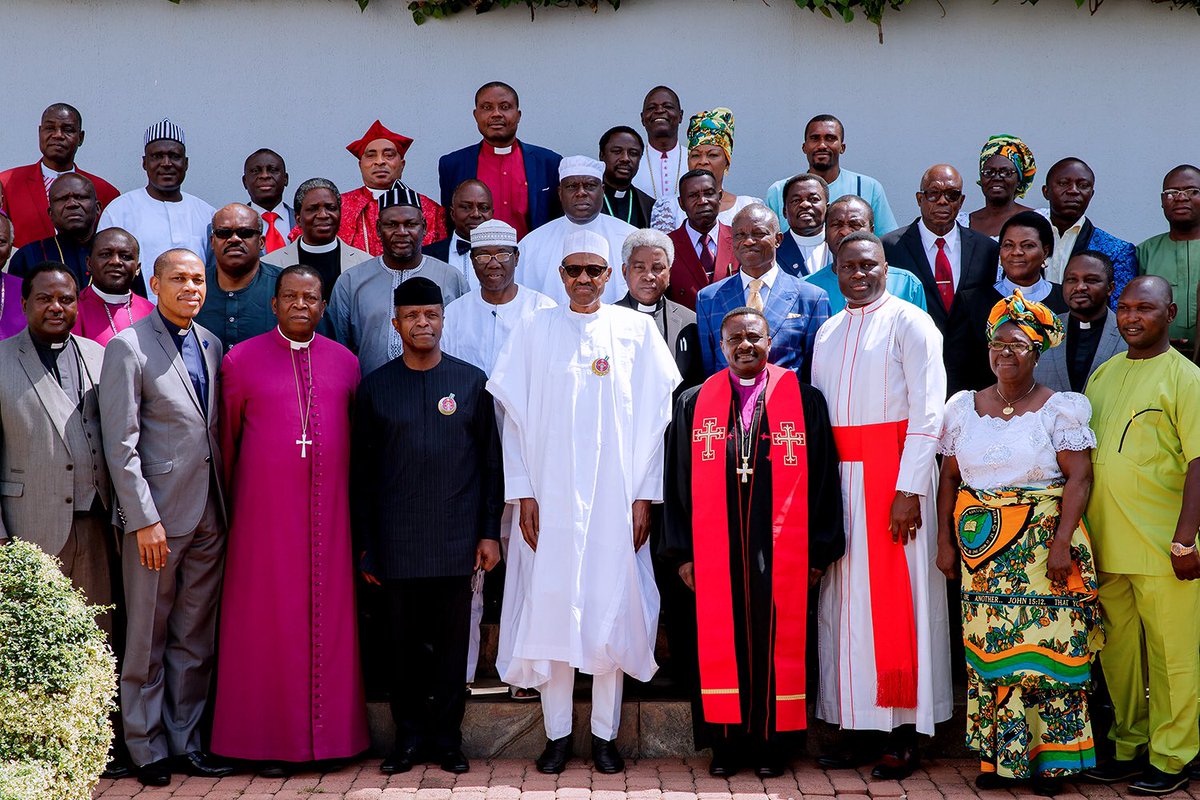 The Concerned Christian Forum has urged the Christian Association of Nigeria (CAN) to stop ridiculing the Christian faith with its political utterances.

Addressing journalists in Abuja, national coordinator of the group, Elder. James Amedu said any attempt to politicize Christendom in the days leading to the 2019 election should be resisted.

Amedu accused the CAN of delving into politics and issuing utterances that run contrary to the Christian creed. He said something of the utterance depicts the CAN as working for the Peoples Democratic Party (PDP).

According to him, some of the CAN leaders have desecrating their pulpits by campaigning for certain candidates under the pretext that they are relaying God’s voice.

He said they should desist from abusing their position to muddle the waters by making their own political convictions to appear as something coming from their spirituality.

He said, “We will like to refresh memories to this time four years ago on the approach to the 2015 General Elections. It was a period that the Christian faith was ridiculed repeatedly because the then CAN President, Pastor Ayo Oritsejafor, reduced the association into the outsourced PR firm of the People’s Democratic Party (PDP). Things got so bad that CAN was practically dragged into a gun running scandal in South-Africa.”

He said many Nigerians are burdened that Christendom is being politicised in the country by the leadership of CAN.

He said, “thee current CAN President, Rev Dr Samson Olasupo A. Ayokunle, would have sought direction from Holy Spirit before again dragging the association into politics.

“we made this assertion for the following reasons: The reactions from the public discourse space is that Rev Dr Samson Olasupo A. Ayokunle and the team that visited President Buhari are playing “approach the highest bidder” game in which they are making themselves visible as a force to reckon with so that the PDP candidate, Atiku Abubakar can approach them with his monetary bid to take sides with him. This is most unfortunate as CAN is rapidly being dragged back to the Oritsejafor era with all the damages likely to be done to the Christian Faith.

“The CAN team overreached itself and plodded into territories with which it is not familiar. They, for instance, asked that Col Sambo Dasuki (rtd) and Leader of the Shiites, Malam Ibrahim El-Zakzaky should be released from detention. People are now asking if CAN leaders are supportive of the kind of theft that Dasuki engaged in or that they are continuing the legacy of the immediate past leadership of CAN, which was unclothed in bed withb Dasuki.

“The aspect of the security chiefs having overstayed their welcome is one that we find dangerous because of how it can be interpreted to cause the collapse of Christendom should the same be applied to us. Let us not forget that there is a Corporate Governance Code by the Financial Reporting Council of Nigeria that was issued on October 17, 2016 which would have ended the eternal tenure of some those that are making this call. They found it outrageous that they could be told to serve limited term yet they are accusing Service Chiefs of having overstayed their tenure when they have not been four years in office. It will be interesting to see how the CAN leadership will react if the Corporate Governance Code is applied to confirm they have overstayed their own tenure in their various churches.