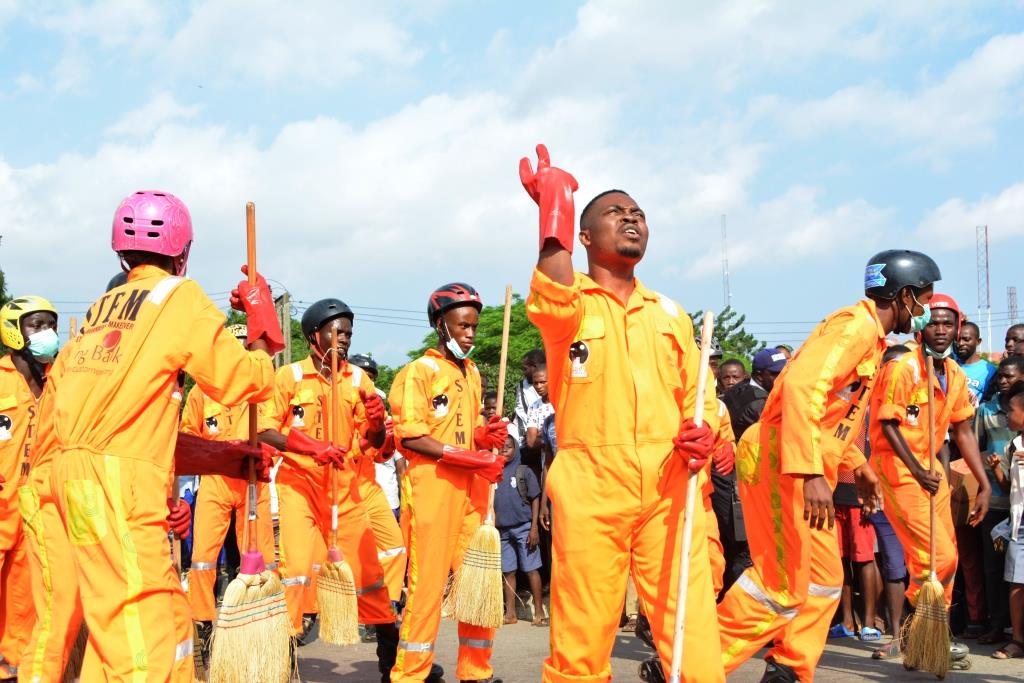 After a dreary weekend marred by flash floods, the resilient city of Lagos has gotten its groove back. Thanks to a colourful flash mob of street sweepers that toured the metropolis for three days doing choreographed dances while “cleaning” on the go.
Aptly named Skate and Clean, the youthful and colourful team of street sweepers on skates were led by A-list hip hop artiste, Olamide Adedeji popularly known as Olamide Baddo. Quite a spectacle, they wore and added class to the bright orange overall uniform of the Lagos Waste Management Authority (LAWMA) employees, courtesy of Sterling Bank. 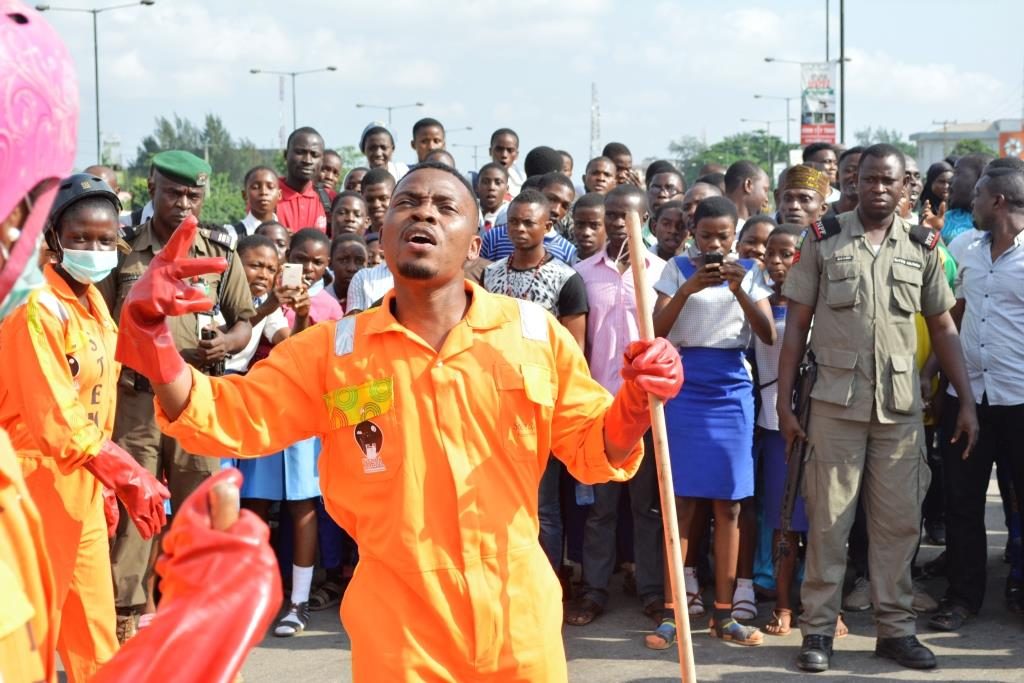 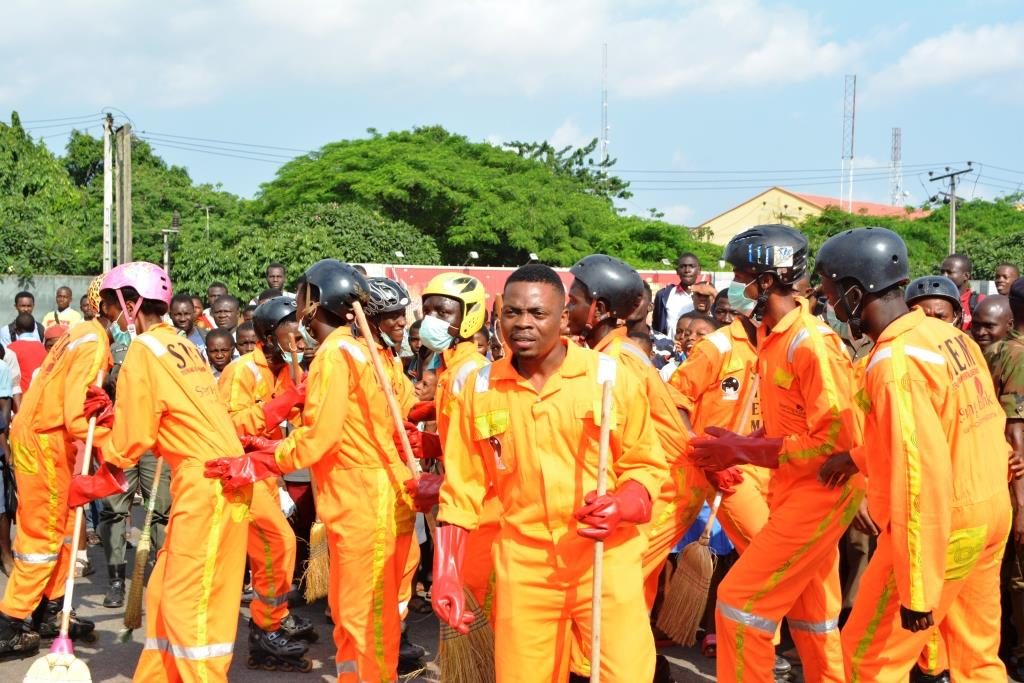 Skate and Clean was initiated by Sterling Bank as a pre awareness campaign for the Sterling Environmental Makeover (STEM) programme. STEM is Sterling Bank’s corporate social responsibility initiative which promotes practices that protect the environment for the benefit of humanity in 14 states of the federation. This year’s flagship cleaning exercise is at the popular Computer Village market on Saturday, August 12, 2017.
For three days, using the power of music and dance, the youthful street sweepers toured Lagos on skates cleaning and dancing to a special theme song produced byOlamide Baddo. In the melodious theme song, Olamide Baddo waxed lyrical while imploring Nigerians to keep their environment clean and shun dumping of refuse in drainages.
In addition, the timely Skate and Clean flash mob vigorously proclaimed the positive STEM message on hygiene and sanitation in order to influence lifestyle change among Nigerians. The Skate and Clean flash mob attracted a large crowd and following as they move around commercial and residential hot spots that include Apongbon, Marina, Osborne, Ojota, Maryland, Ikorodu and Victoria Island, all in Lagos.
The crowd rocked and danced to the hip, melodious and club ready STEM theme song recorded by Olamide Baddo to tackle the menace of indiscriminate dumping of refuse in the drainage and its negative impact on the environment. The star artiste urged the crowd to protect and keep the environment clean.
Last year, the MD/CEO of Sterling Bank, Yemi Adeola and popular Nollywood actor, Funke Akindele popularly known as Jenifa, made the news when they led employees of the bank to clean up Oyingbo – one of the oldest and busiest markets in Lagos. This year, corporates that include L’Oréal, Guinness Nigeria, British Council, Megaletrics Limited, Viacom, DAAR Communication, Businessday Newspaper, Seahorse Shawarma and Wecyclers, are partnering with Sterling Bank to make the national cleaning exercise a success.
Launched eight years ago as a cleaning exercise promoting sanitation and hygiene, STEM has evolved into a national force championing the cause of the environment. It presently covers public enlightenment campaigns, partnership with waste management agencies in 14 states, tree planting to combat desertification in parts of Northern Nigeria and an annual national cleaning exercise. 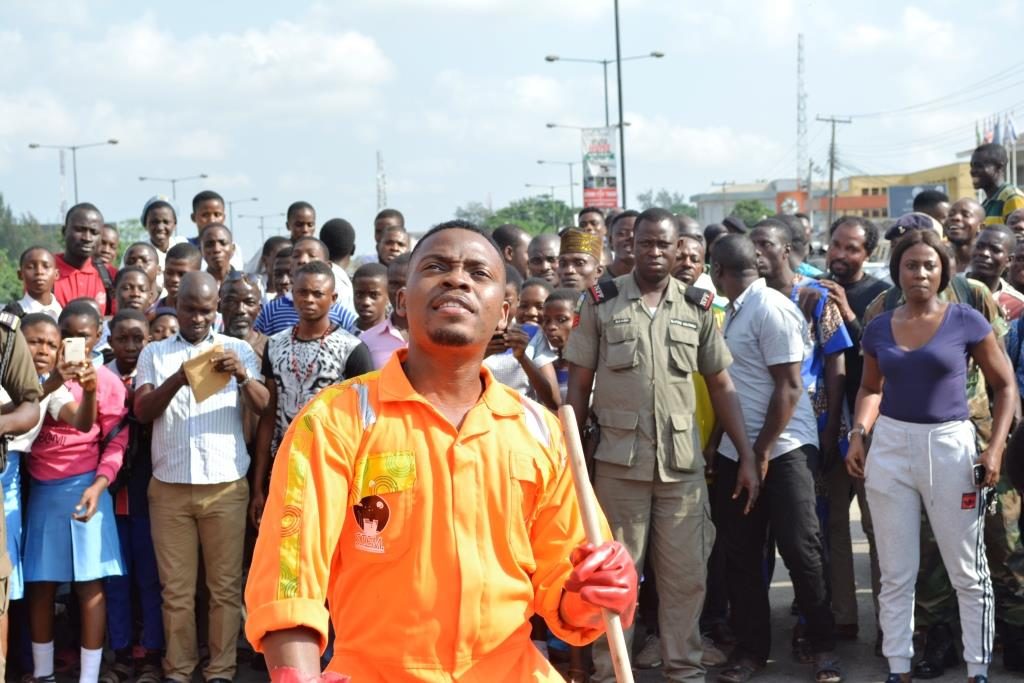