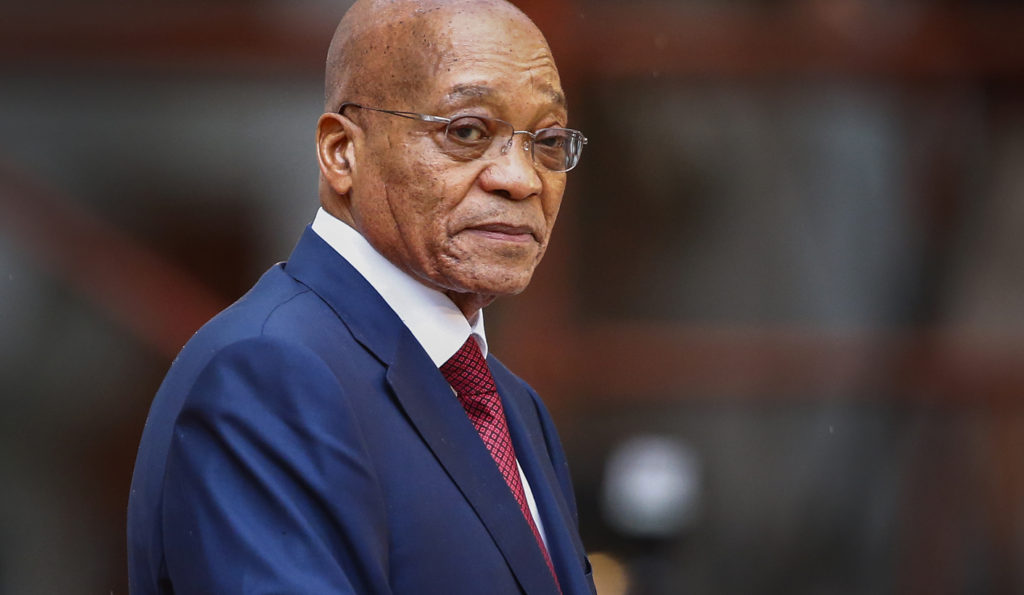 The BBC reports that Zuma made the announcement in a televised address to the nation on Wednesday evening.

Earlier, Zuma’s governing ANC party had told him to resign or face a vote of no confidence in parliament on Thursday.

The 75-year-old had been under increasing pressure to give way to Deputy President Cyril Ramaphosa, the ANC’s new leader.

Zuma, who has been in power since 2009, had been accused of corruption.

His resignation came at the end of a long speech in which he said he disagreed with the way the ANC had acted towards him.

He said he did not fear a motion of no confidence, adding, “I have served the people of South Africa to the best of my ability.”

“We will possibly elect a new president on Thursday … if not Friday,” ANC treasurer general Paul Mashatile told journalists.

“We want certainty. We would like the incoming president to hold the postponed State of the Nation address without delay.”

The News Agency of Nigeria reports that the vote of no confidence, requested by the opposition party, the Economic Freedom Fighters, was initially scheduled for February 22.

The ANC caucus in parliament decided to move the vote forward after it formally asked Zuma to resign on Tuesday.

Finance Minister Malusi Gigaba said that Zuma would speak “at 0800 GMT and satellite trucks were in position at Pretoria’s Union Buildings, the seat of the country’s government.”

But Zuma’s office said there was no “official communication” of any impending address but urged the media to wait.

The Secretary-General of South Africa’s ANC said Zuma did not threaten to challenge his removal by the party in court as speculated by the local media.

The scribe of the ANC, Ace Magashule, had told a news conference that Zuma would respond by Wednesday on the decision to “recall” him.

“President Jacob Zuma has behaved like a leader of the ANC. He has never threatened us with any court action, not at all. He did in fact confirm that he would respond by tomorrow.”

The ANC ordered Zuma to step down as the head of state after marathon talks over the fate of a leader whose scandal-plagued years in power darkened and divided Nelson Mandela’s post-apartheid “Rainbow Nation.”

Zuma has been living on borrowed time since Ramaphosa, a union leader once tipped as Mandela’s pick to take over the reins, was elected as head of the 106-year-old ANC in December, narrowly defeating Zuma’s ex-wife, Nkosazana Dlamini-Zuma.

In spite of the damning decision to order Zuma’s recall, the domestic media have speculated that the 75-year-old might defy the party’s wishes, forcing it into the indignity of having to unseat him in parliament.