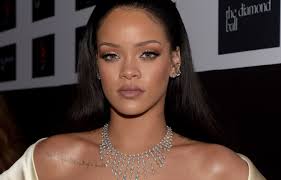 Lest you ever underestimate the popularity of today’s pop icons, know this: Over the past two days, Rihanna has caused Snapchat developer Snap’s value to plunge by roughly $800 million.

Rihanna’s fury, which was documented in a scathing Instagram story, is justified. This week, users began noticing a “Would You Rather?” game that asked users whether they’d rather “slap Rihanna” or “punch Chris Brown.” Though a third-party ad, the content was approved by Snapchat to appear on its interface. And, considering Chris Brown pled guilty to viciously assaulting then-girlfriend Rihanna in 2009, it pushes the boundaries of what’s considered poor taste. The ad has since been removed.

“You spent money to animate something that would intentionally bring shame to DV victims and made a joke of it,” Rihanna wrote in her Instagram story. She continued, “This isn’t about my personal feelings, cause I don’t have much of them…but all the women, children, and men that have been victims of DV in the past and especially the ones who haven’t made it out yet…You let us down!”

The Wall Street Journal and CNN pointed to the dip in Snap’s stock, which, as of now, has dropped by up to 6 percent. Just a few weeks ago, criticism of the app from Kylie Jenner had a similar impact on the company’s stock, with her complaints about a recent redesign causing the company to lose $1.3 billion.

“This advertisement is disgusting and never should have appeared on our service,” Snap said in a statement. “We are so sorry we made the terrible mistake of allowing it through our review process. We are investigating how that happened so that we can make sure it never happens again.”

Whether or not Snap can rebound from this, let alone another celebrity kerfuffle, is yet to be seen.

Actress Lola Margaret Deported From US