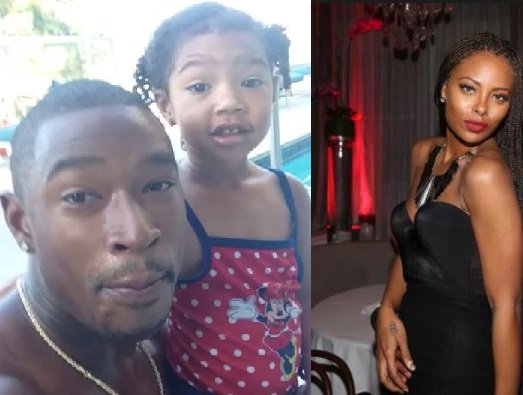 Earlier this week, R&B singer and songwriter, Kevin McCall took a drastic decision by disowning his three-year-old daughter on social media amid an ongoing feud with her mother, model Eva Marcille.

The singer had previously attacked the America’s Next Top Model winner in an Instagram post where she announced that she is expecting a baby with former Atlanta mayoral candidate and attorney, Michael Sterling.

Frustrated McCall went on explosive rants on Instagram Live, after the model posted a picture of her new man, Sterling playing with their daughter, Marley Rae. He went so far as shaming Eva and told her that she and the politician can have Marley, cause he’s officially done.

In his words:“If you want her so bad you can have her. I am deleting all memories of her. I’m not about to play anymore games or participate in society’s joke Of a child care program. Me and (my other daughter) Are straight, she will just get double now and f*** whoever got a problem with it Your opinion ain’t never got me anything this is what it is now.. @EvaMarcille you’re dead to me.” 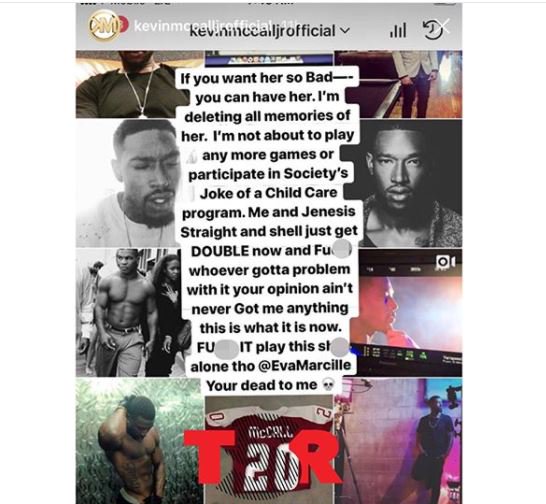 Eva, who is currently pregnant with her second child for Sterling, gave birth to her first child and McCall’s second daughter, Marley Rae McCall, in 2014. Unfortunately, the couple went their separate ways in early 2015.

“I shut down my emotions and that led to infidelity”: Jay Z finally admits he cheated on Beyonce while revealing therapy kept them from divorce