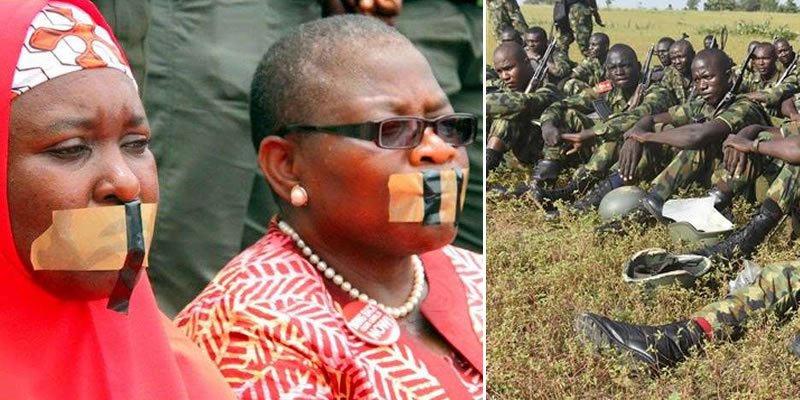 She said that the refusal would lead to a regression in the progress so far made in Nigeria’s democratic journey since 1999.

The president said signing such bill few months to the general elections could disrupt the process. He also observed areas of the bill he would want to be amended.

At a World Press Conference in Abuja on Monday, Mrs Ezekwesili said she wondered why President Buhari wanted to destabilise the country with the 2019 elections.

According to her, the excuses of the president amount to an “assault on our democracy and this must be rejected roundly by all Nigerians.”

“The 2019 elections are looked upon as the moment Nigeria must entrench electoral integrity and level playing field for all contestants. Regrettably, President Muhammadu Buhari has by his self-serving opposition to the Electoral Act Amendment Bill 2018 shown that he wishes to subvert the will of the Nigerian people for the conduct of a credible election in 2019.

“Simply put, President Buhari has decided to singlehandedly imperil the 2019 elections by choosing to regress the progress so far made in Nigeria’s democratic journey since 1999,” the presidential candidate said.

“As a candidate in the 2019 election for the office of the President of the Federal Republic of Nigeria, I demand that President Buhari immediately reconsiders his latest fourth rejection of the electoral bill. The president is dangerously setting the country and people up for political destabilisation in 2019.”

She said, “I advise the President to rethink his opposition to the Electoral Act Amendment Bill 2018. The president should immediately request the National Assembly to retransmit the amendment bill for his swift ascent into an Act.”

“I call upon the National Assembly to act as the assembly of the good people of Nigeria and within the next three days, mobilise their majority membership to override President Muhammadu Buhari’s self-serving and dangerous opposition to the 2018 Electoral Act Amendment Bill,” Mrs Ezekwesili said.

“I call upon all well-meaning political parties to collaborate and urgently act together to ensure that the Electoral Act Amendment Bill 2018 definitely becomes an Act on which the 2019 election shall be conducted.

“The civil society groups and the Nigerian public must mobilise against the unpopular stance of the President against Electoral Act Amendment Bill 2018, which seeks to undermine our democracy. Democracy belongs to the
people of our country and not to one contestant in an election even if he is an incumbent. The excesses of an incumbent who wishes to engage in political corruption can be very much curbed by determined Nigerian people.

“We shall organise the people to resist what has become a clear and troubling plan of President Buhari to rig the 2019 elections. In the court of public opinion, most Nigerians want the compulsory use of smart card readers for accreditation of voters for the 2019 election as proposed in the 2018 Bill.”

Mrs Ezekwesili expressed concern about the “bad governance” experienced in Nigeria for the past 19 years.

She complained that Nigeria’s democratic journey has yet to produce the change Nigerians expect.

“There is, however, a limit to celebrating the mere existence of democracy in our country. This is because every objective assessment of our democratic journey since 1999 has mostly always returned the sobering verdict that we are still very much in the nascent, fragile, tenuous and fledging zone of democracy as our choice of political system of governance.

“So far, good governance has on the aggregate eluded Nigeria. The last 19 years have not given Nigerians an aggregate top quality of political actors. Nigerians are demanding for a new leadership direction for the
country to end the entrapment in governance failures of the last decades. Nigerians believe that our democracy and governance can be vastly improved through genuine elections.”