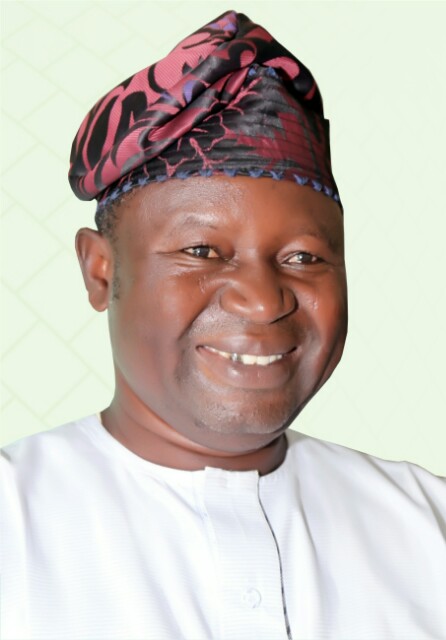 His humble background must have been part of what makes him tick as a man that dares to run, where others fear to trek.

Moving from a humble beginning from his place of birth in Ogidi area of Ijumu Local Government Area of Kogi State on May 21, 1965, when he came into this world, Otunba Shuaib Ilesanmi Ipinmisho has gone ahead to prepare himself for a political office in the state house of Assembly.

After graduating from the University of Jos in 1997, he ventured into printing.

To properly equip himself for the business, he undertook apprenticeship in printing under Famous Taste Digital Prints, Abuja. On the successful completion of his apprenticeship, he established the Clear mission Printing & Publishing Company in 1998 and started the printing business in Abuja.

In order to be closer to his people and have a voice in matter affecting their progress, he relocated to Lokoja in 2006, where he has been operating till date.

The man of the people has trained and employed many youngsters in the printing business over the years.

He is also the Chief Executive Officer of Clear Faith Ventures and Clear Faith Laundry Services with many employees.

His adventure into politics dates back to almost two decades ago as he has been actively involved in politics since the return of democracy in Nigeria in 1999.

While in the Peoples Democratic Party (PDP), he contested in the Local Government Council party primaries in 2002.

Although he was considered a rookie in many quarters and lost the election,  he made a huge impact in that first outing that earned him accolades and recognition from the party leadership.

Throughout his sojourn in the PDP,  he ensured the success of the party at all elections in Ilare/Igbolare ward in Ijumu Local Government Area, Kogi State.

As a matter of fact, the party was never defeated in Ogidi, which comprises three wards; Ilare/Igbolare, Okoro/Igah and Iluteju/Origa while he was in the party.

It should be noted that the PDP lost in Ogidi for the first time in 2015 November Kogi State Governorship election, when he had for so many reasons decided to join the All Progressives Congress – APC).

In due recognition of his astuteness in politics, he was named Special Assistant to Major General David Jemibewon (rtd) when he was elected as one of the Kogi delegates to the 2005 National Political Reform Conference.

In the following year, he decided to contest for seat of the member representing Ijumu Constituency in the Kogi State House of Assembly but was prevailed upon by the leadership of the party to step down on the eve of the primary elections.

Due to what was generally considered to be his immense contributions to the success of his party- PDP,  former Governor Ibrahim Idris appointed him as his Special Assistant on Local Government from 2007 – 2011.

Prior to that, he was a member of the committee which conducted the PDP congress in Ijumu in 2005.

He was appointed as Secretary of Kogi West Strategic Committee under the chairmanship of Late Arc Steve-Ben Olorunfemi.

The assignment of the committee was to source for a credible Okun indigene to be elected to take over from Senator Tunde Ogbeha in the National Assembly.

That assignment earned Senator Smart Adeyemi his election to the Senate in 2007.

At home in Ogidi, this prolific politician positively contributed to the development of his beloved country home.

This has earned him recognition across the community.

Amongst other community development activities that he has been assigned in the past till date are as follows:

2. The same President Femi appointed him as Chairman Organizing Committee for the reception for Hon. Biodun Ojo as the Commissioner of Finance in the administration of Alh. Ibrahim Idris in 2005.

That singular community effort facilitated the approval for the reconstruction of Kabba/Ogidi/Ayere road in 2006.

3. When the Kogi State Government approved the appointment of Oba R. O. Sule as the Ologidi of Ogidi, the former ODU President, Mr. Tunde Ipinmisho and his team were magnanimous to appoint him as the Chief Coordinating Official of the coronation of the Ologidi in 2010.

4.  He has positively contributed to the success of Nigeria’s biggest culture event in June, the yearly Ogidi Day Festival.

He has served in various committees of the festival.

In appreciation of his immense contributions to the great success the festival has become,  he was elected the Publicity Secretary of the Ogidi Development Union (ODU) in 2015.

This man of the people had the privilege to serve right from childhood. For instance, he was the School Head boy when he was in primary school.

He served as Labour Prefect in his Secondary School days. When he was in the University he served in various capacities listed thus: President National Association of Okun Students (Unijos Chapter) Aare (President) Oodua Student Union (Unijos Chapter).

Unlike some other politicians, Ipinmisho is driven by an unquenchable passion to contribute positively to the development of his immediate community, Local Government Area, his State and the nation at large. It is this passion that made him to offer himself to be elected the member representing Ijumu Constituency in the Kogi State House of Assembly in the 2019 general elections.

He is a man that fulfills promises and if the electorates favour him with their votes, there is no doubt that he will do his best to bring positive development to his constituency.

Certainly, this seasoned politician has come a long way since the return of democracy in the nation.

While appreciating the general contributions of the leaders and politicians who have held one position or the other and have thus enhanced the development of the constituency, he believes he also has something to offer the people at this material time.

He belongs to a school of thought that the development of the constituency should always be seen as the collective responsibility of the people in the area.

According to him; “No one has the singular wisdom or resources to take our constituency to the promise land.

“The beauty of democracy hangs on its tenets of accommodating divergent views for sustainable development in the society.

“We must therefore make use of every democratic opportunity to elect credible representatives who are capable of representing the interest of the masses of our people.

“As we approach the 2019 general elections, I humbly present myself as an aspirant to represent the good people of Ijumu/Kabba constituency at Kogi State House of Assembly. My desire is to work for the good of our constituency and promote its socioeconomic development.”

This is indeed an opportunity for the people of Ijumu Constituency to send a man of means and good character to the Kogi State House Assembly as their representative.