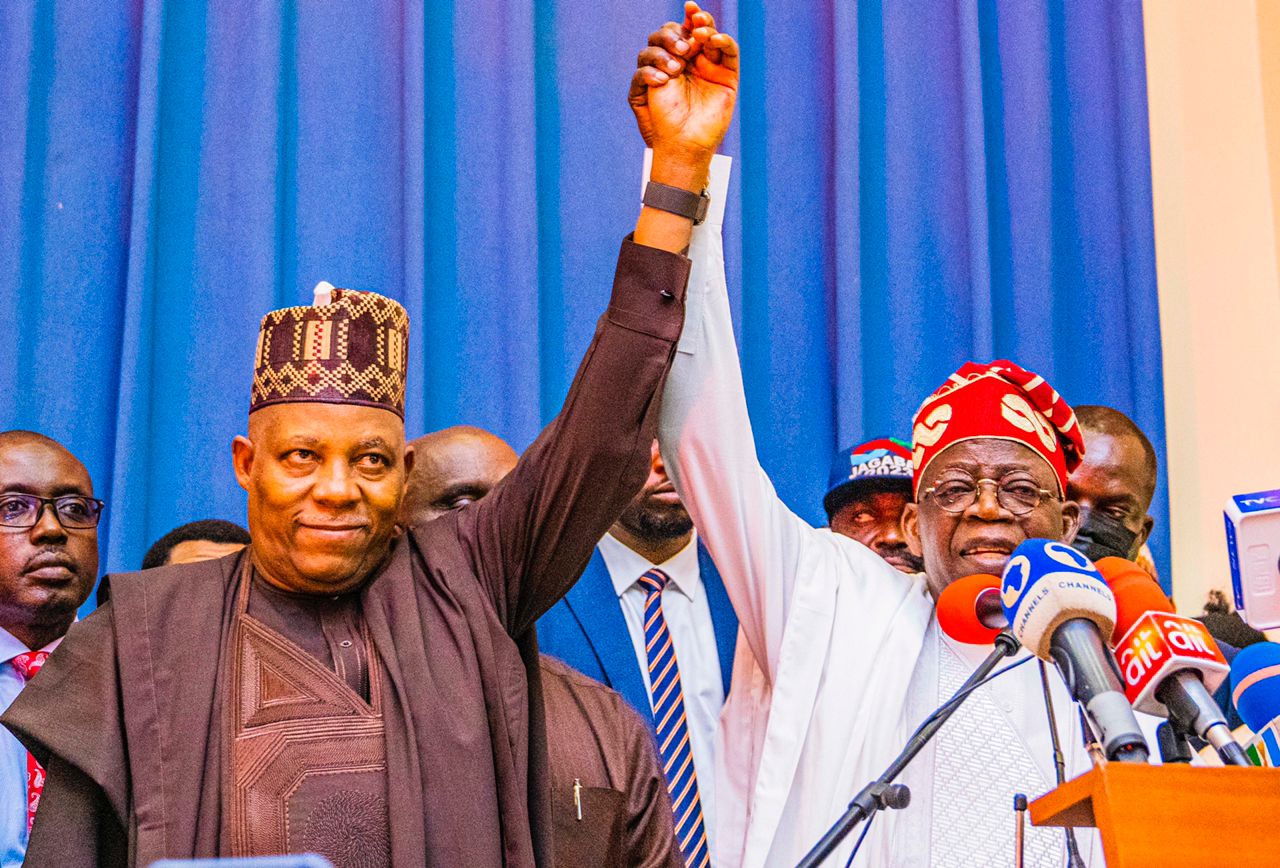 THE Tinubu Campaign Organisation has described as unwarranted distractions the viral pictures and videos of some Christian clergymen and women at the unveiling of the All Progressives Congress Vice presidential candidate, Senator KASHIM SHETTIMA, on Wednesday in Abuja.

APC formally presented Senator Shettima to the public and its various organs as the running mate to the party’s presidential standard-bearer, Asiwaju Bola Ahmed Tinubu, at the well-attended ceremony at Shehu Yar’Adua Centre, Abuja.

At the unveiling, Asiwaju Tinubu and Senator Shettima, Governors Fayemi and Bagudu and party chairman, Abdullahi Adamu, in their speeches addressed fundamental issues of nation building which APC and our candidates are focused on delivering, so we can have a progressive and prosperous nation where all citizens can find joy and fulfilment.

The TCO through its Director of Media and Communication, Mr. Bayo Onanuga, said the event was an open affair, which allowed members of the public to attend, including the clergymen and some others now being derided by hirelings of the opposition.

“We want to say that those clergymen were not fake, not mechanics or yam sellers as the purveyors of hatred have made Nigerians to believe in the social media. They are not big names in Christendom yet, they are gradually building up their missions.

“They are church leaders who genuinely believe that Nigerians must eschew politics of hatred and religious bigotry and rather embrace politics of peace and nation building.

“We therefore deplore the hysterical twisting of the presence of these men and women in cassocks and the false accusation against our candidates, Asiwaju Bola Ahmed Tinubu and Senator Shettima.

“The orchestrated social media sensation over the presence of the men is needless and all calculated to detract from the huge success recorded at the momentous event on Wednesday.

“We believe Nigerians are too wise and discerning to see through this shenanigan. Asiwaju Tinubu and his running mate and our great party are working very hard to provide purposeful leadership and good progressive governance that will improve the quality of life of Nigerians.

“Our campaign is determined on focusing on core governance issues that affect all Nigerians with a view to confronting them and make the desired improvements in the standard of living of our people.”

“We are well aware that the opposition parties and the sponsors of the social media charade are jittery and threatened by the intimidating political credentials of our candidates. The only way they hope to shift attention of public scrutiny away from their uninspiring candidates and credentials is to create social media distraction.

THE ATIKU ABUBAKAR EXCLUSIVE INTERVIEW: Why I picked Okowa over Wike as my running mate