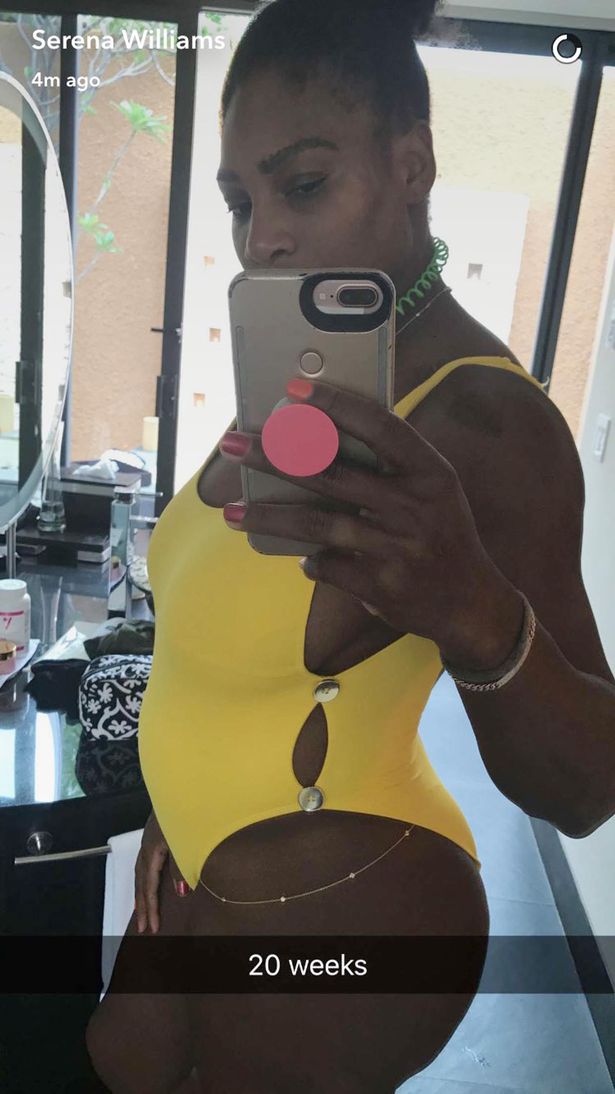 The tennis pro took to Snapchat to share the news with a picture.

In the snap, she’s wearing a yellow swimsuit and is turned to the side to show off her bump. 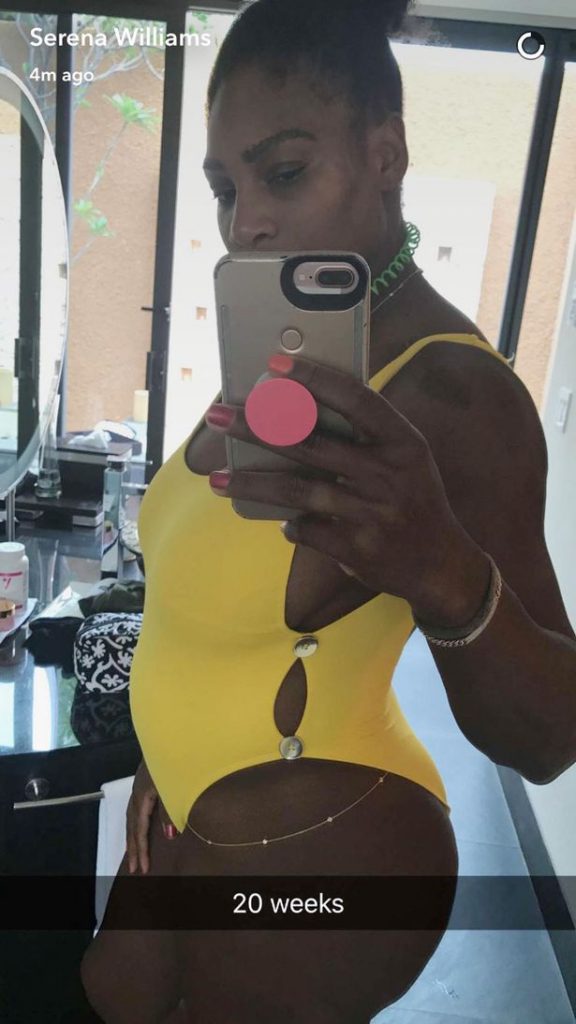 The 35-year-old added the caption “20 weeks” on top of the picture.

They got engaged after he popped the question in Rome, at the restaurant where they first met.

The American is currently ranked No.2 in the world.

She won the Australian Open in January and is widely considered to be the greatest women to play the game.

Serena has not played since beating her sister Venus in the Melbourne final.

Champions League: Barcelona is stronger than us on paper – Juventus captain, Buffon