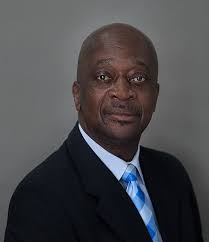 Senator Tokunbo Ogunbajo, a member of the Trustee of Lagos Motor Boat Club has been variously fingered as the man behind the crisis that is threatening the unity of the urbane club.

Ogunbanjo, who represented the Ogun East Senatorial District from 2003 to 2007 in the Senate, had reportedly queried the authority of Trustee Francis Awogboro for removing the name of Jide Coker, an aspirant into the Trusteeship of the club, an exclusive preserve of former heads of the club otherwise known as Commodore, and foundation members.

Coker’s ideas were said to be unbecoming and at variance with what the club stands for. “More so, he had never been a Commodore,” a section of the club members argued.

Ogunbanjo, alongside Dr Lanre Towry-Coker, reportedly went ahead to include Coker’s name in a move seen as undermining the authority of Awogboro who subsequently caused a query to be written to Coker by the Secretary of the club, Babajide Balogun, demanding an explanation for going against the verbal instruction that he should not run.

Coker’s reply was deemed unsatisfactory and he was subsequently, expelled from the club. That was in October 2020.

At the AGM of the club in November, Dr Eyimofe Atake, SAN, accused Ogunbanjo of making a “scurrilous speech that was unquestionably, incontestably and incontrovertibly an affront to the trustee and his authority.”

He further said that Ogunbanjo threw caution to the wind by insulting Awogboro and heaping several insulting proverbs on him.

Atake, who wondered why Ogunbanjo, 64, would be openly rude to the 82-year-old Awogoboro, recalled the former saying that “if an elder misbehaved, you strip him of his agbada and cap.”

In an attempt to defend the trustee from Ogunbanjo’s alleged assault, Atake also accused Ogunbanjo of charging at him but was restrained by Demola Akinrele, SAN.

Awogboro did not leave anything to chance as he petitioned the secretary of the club, stating, “I wish to draw your attention to the night of the AGM on the 5th of November, 2020 whereby Senator Tokunbo Ogunbanjo in a speech unprecedented at the AGM insulted and disparaged me and the office of a Trustee in view of members, management, and the staff.

“As a Yoruba man and an elder, to hear a Yoruba man young enough to be my son uttering a proverb that amounts to disrobing me of my dignity and disgracing me publicly. He assaulted the foundation of my person, my culture, and my role in the club as a trustee. I was only restrained by the Almighty God in His wisdom from intemperate action.

“His allegations and comments on the office of the trustee are grave and undermine our club as an institution, as well as bring the affairs of the club to disrepute; I must state that as the custodian of this great club, I must defend it and protect it to the best of my ability.

“I presume the meeting was recorded and the details of his speech can therefore be recalled. I hereby respectfully request an immediate investigation of this incident, and that a hearing be conducted by the committee.”

After hearing his side of the story, the club proceeded to suspend Senator Ogunbanjo indefinitely.

According to the club’s justification for his suspension, “On the preponderance of the evidence put before us, we find your conduct at 2020 Annual General Meeting, and complain by Prince F.O Awogboro has put the club into disrepute and prejudicial to the common purpose of the club.

“Accordingly, in line with the provisions of Rule 8 of our club rules, the committee has decided to suspend you indefinitely from the Lagos Motor Club, with immediate effect.”

With what is happening in the club now, it appears things would never remain the same as members have now been denied of what used to obtain in the club before the crisis broke out.

The Sunday Igboho I Knew

Tribute to Late Fatai Aborodo PhD., by his son