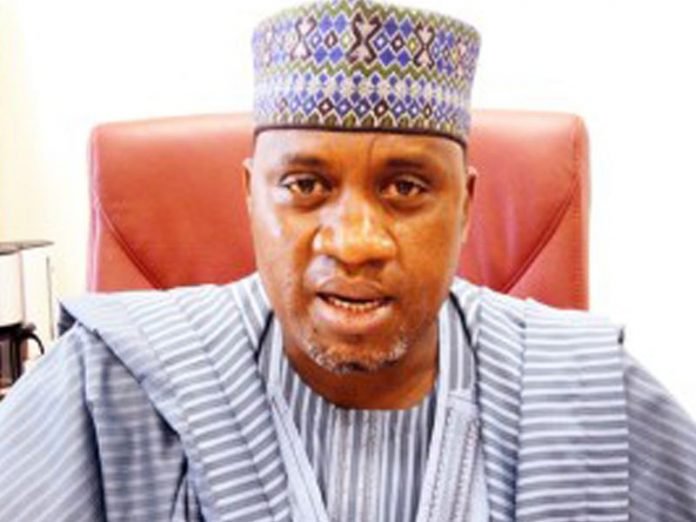 The chairman, Senate Committee on Petroleum (Downstream), Kabiru Marafa, has reacted to the decision of the presidential candidate of the Peoples Democratic Party (PDP), Atiku Abubakar, to challenge the outcome of Saturday’s election in court “as a normal human behaviour”.

The former Vice President however, rejected the outcome of the election saying it was rigged in favour of Mr Buhari.

Speaking with State House correspondents Friday, Mr Marafa, an APC stalwart said, “it is an inherent human behavior to always reject failure, so there is nothing new about the opposition’s rejection of President Muhammadu Buhari’s victory”.

The Senator said the most important thing for him is that “success has been recorded and have been accepted by Nigerians and the international community”.

He urged Mr Buhari to continue to the logical conclusion his fight against corruption “because it is a serious problem in Nigeria”.

On the worries expressed by the PDP on the high number of votes recorded by Mr Buhari in states experiencing insecurity such as Zamfara, Mr Marafa said there is anything to worry about.

He said he was not even pleased with the votes that came from Zamafara “because more could have been done”.

“We have 1.4 million registered voters and we recorded only about 650,000 votes, so what is the big deal about it? If you look at all the states, I think the overall performance is below 60 per cent.

On the forthcoming governorship election, the Zamfara senator said, there are a lot of disparities across the states which the president himself has reckoned with.

He said voters should turn up to vote for people they trust and those that can protect their lives and properties.

He said this position was exemplified by President Buhari himself when he campaigned in Imo and Ogun states and asked the people to vote for the candidate of their choice, without specifically asking them to vote for APC candidates.

“This is to tell you that the president is ushering a new brand of democracy without bitterness. People should be allowed to choose.

“In fact, if you listen to his comments about ballot box snatching, which a lot of people made so much noise about which I think is unnecessary. Unless if you are one of the ballot box snatchers, I don’t see why you cannot support Mr President on what he said.

“As a politician, I know the problem of ballot box snatching, whatever you think you can take about it, I think it should be a welcome idea. People should be discouraged from snatching ballot boxes because it is the equivalent of a civilian coup.”