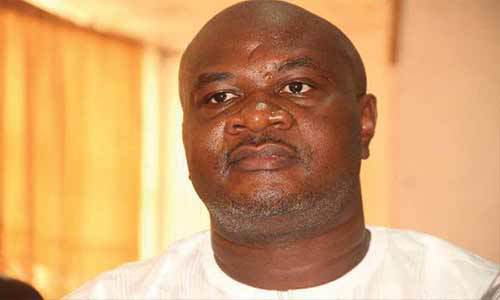 Recently, I embarked on a journey to Ugbamaka lgah, the ancestral home of senator Attai Aidoko representing Kogi East in the senate. Whirling the community without a glance on potential pay-off for producing a Senator of the Federal republic, I resorted for interrogation and a retired police officer has this to say: “This is not river, but a stream.

The only stream sustaining our community and the neighborhood and it’s about four Kilometers away. Aidoko is far from our challenges because he only come here in the night and disappear before dawn since he became a senator.  As you can see we have no portable water, no electricity and other basic infrastructures.”

While the interrogation was still on, something struck my mind with the absence of morality in our leaders and I asked myself, why do people find pleasure in deceiving others? The senior citizen suddenly tapped and asked that I come with him. Lo and behold! I was taken to a large warehouse stocked with tricycles purportedly meant to electioneer Aidoko’s re-election bid in 2019.

Flash, Senator Attai Aidoko told us few months ago that he would not contest in 2019 as he will return to his farm in order to cater for his family but all doubt was cleared with events turning out from his camp within the last few days.

Sometimes I wonder if some of our leaders are sets of aggrieved people on vengeance. They are friendly while election is around the corner and once they are voted into power they turned their back on the electorates.

I stumbled upon a media branded achievement of the Senator from inception to date and I scoffed knowing it’s fallacious and politically intrigued. Though it’s the usual shenanigans with Nigeria politicians especially when election approaches but I don’t think it’s necessary to spend constituency allocation on tactics that is obviously irrelevant to the political curriculum of senator Aidoko. Why? Because unlike his contemporaries, Aidoko only sleeps and merry with his concubines while the court delivers his mandate in his choice location.

What a digression of our democracy.

Come to think of it why would Aidoko include electrification of Ikeje Igah to Ugbamaka in the projects he initiated when Ikeje has been electrified a year before he found his way to the corridors of power? As a matter of fact, Ikeje Igah’s electrification projects was initiated by the famous philanthropist Suleiman Babanawa in 2002.

Moreover, as a center to Okpo, Ogugu, Ugbamaka and Branch Obu, Ikeje town is located along Kogi – Benue – Enugu highways and it’s said to have been blessed with some basic infrastructures like schools, health care facilities and pipe borne water before our democratic rebirth.

Developing an already developed community in the face of others is abysmal. If Aidoko was in for the business he flaunts, it would have made more sense if suburbs like Igah gate, Igah Ocheba, Igah chechere which lacks virtually all the basic amenities especially portable water was considered.

Having watched helplessly while Kogi east legislative strides devalorize daily amidst national core issues, I put a call to some ‘behavioural scientists’ to find out what differentiates ‘psychological dispensation’ from action but they are yet to get back to me. Vision they say determine mission and mission determines action. The hypocrisy in the entire narrative of our legislative struggles is not far fetched; the man at the helm of affairs is formerly known for his indispensable slogan “Development of Igalaland is my priority”.

More delusive, Aidoko is also a major stake holder in the so called ‘project save Kogi’. So, one may be tempted to ask, what has suddenly befallen this noble personality? Has power actually corrupted him or the so-called slogan was just a headway to political limelight?

The time is appropriate to pose this sacred question (Legal quests or Legislation?) before distinguished senator Aidoko as further delay may write off Kogi east from Nigeria’s Geo-political zones. Judiciary they say is the last hope of a common man but for Aidoko, it’s an avenue to quiz justice against the people.

In 2015, Kogi East Senatorial mandate was grasped via election petition tribunal as Abdulrahman Abubakar of the ruling All Progressive Congress won the senatorial poll. Lending credence, he was given the certificate of return as member of the Nigeria Senate on the 3th of April 2015 and took oath of office in June 2015 conforming with electoral acts.

Six months later, Aidoko swirled into the Senate with a verdict from the state electoral petition tribunal siting in Lokoja asking senator Abdulrahman Abubakar (APC) who polled 98,915 votes to relinquish for him as the flag bearer of the opposition party with 88, 994 votes. Efforts to appeal the injustice perpetrated against Abdulrahman was an exercise in futility as Aidoko though has Alfa to contend with, bought his way in the entire process.

The legal battles between Aidoko and Alfa however came on the heel of nonconformity with party rules on individual mandate. While Alfa was anointed by his party with his mandate, Aidoko leveraged on his allotted court mandate.

To show that Alfa was also endorsed by the gods (ojo-ane), not only did he win the scheduled re-run, the pre-election suit had had Aidoko declared unqualified for the second time. But coercively, Aidoko flouted court judgement to remain in the senate regardless of whose ox is gored and the recent appeal he filed at the supreme court is just a guy-man making the street attractive for the next ten months when his tenure shall elapse.

Apparently, Aidoko has never been mandated by his constituency in the senatorial journey so far going by the above facts. He has never won election but rely on paid court orders to overthrow those who toiled every nooks and crannies of the constituency to woo voters.

It was reported online that Aidoko bribed four judges of the supreme Court with a whooping some of N100,000,000 each in order to halt it’s judgement on the pre- election suit by Isaac Alfa sometimes last year.

Space constraints may deter my urge to x-ray the saga between Air Marshall Isaac Alfa and distinguished senator Aidoko Ali Usman but one disgusting fact posterity may not allow if ignored is the fact that Alfa ambitiously gambled with Edward Onoja and cohorts in order to secure justice. But if I must balance the equation, Alfa’s last-minute move is just a tradition everyone must adopt especially if the business of politics must thrive. His concordat with Edward Onoja which hierarchically introduced the influence of the state governor, Minister of Justice and finally the presiding judge was a perfect political permutation. At least the mission was accomplished even though the future is uncertain.

Our Democracy has been muddled. The business of legislation is now clustered in one-man’s show which neither regard the rule of law nor enforce common will. The judiciary has been cloned into private entity with the outputs favoring an individual.

Those accusing me of raising dust among our party men can now understand that Aidoko has no place in the heart of any party man or the PDP itself going by the odious selfishness and permutations that had reduced Kogi eastern legislation to a shit hole. How can Aidoko sit and watch while Dino Melaye and his counterpart from the central strive for Ajaokuta steel? How can we watch while our Constituency allowances is been diverted and use for legal cases? How can we fold our hands while myopically inclined, self-serving and self-aggrandizement hold sway to the detriment of common will and aspirations?

To prevent further rots, Aidoko and his handlers must be called to order, at least to explain their preferences between the hovering legal quests and legislative business. So that if the need be, we must shop for possible replacement. A black goat they say is better captured in the day time. (PROPHETIC declaration)