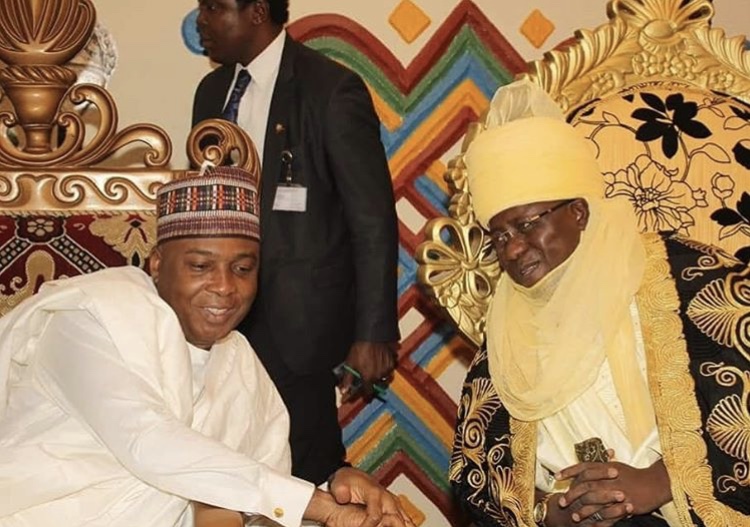 The Senate President, Dr. Abubakar Bukola Saraki, on Monday, led a delegation of Senators to pay a condolence visit to Governor Mohammed Abdullahi Abubakar and the people of Bauchi State over the death of Senator Ali Wakili.

The Senate President and his entourage, who were received at the Government House, also paid a visit to the Emir of Bauchi, HRH Alhaji Dr. Rilwanu Suleman Adamu.

Senator Ali Wakili, representing Bauchi South senatorial district, died in the early hours of Saturday, 17 March, after slumping at his home in Gwarimpa area of Abuja

SCANDALOUS: Maryam Sanda May Be On Her Way To Freedom, As Police Claim Witness Disappeared