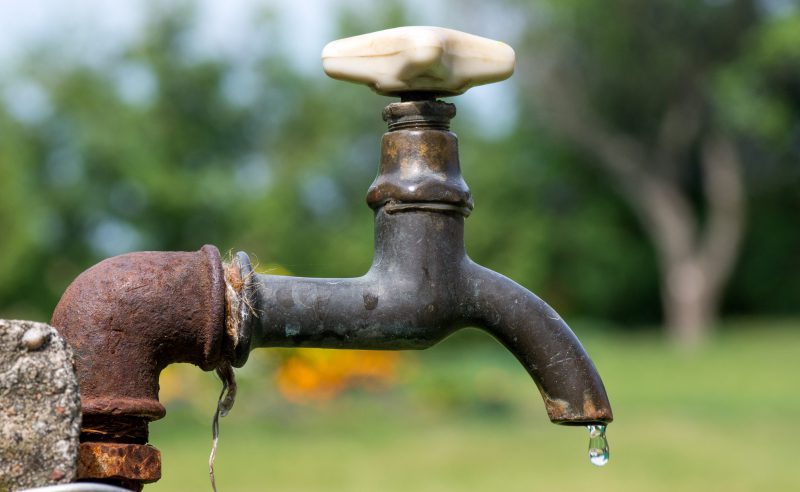 The Senate says it will order an investigation of Nigeria’s spending on water and utilization of funds provided by international donors.

This followed a motion by a senator, Dino Melaye (PDP, Kogi West), who accused the Ministry of Water Resources of siphoning funds provided for the ministry in the annual budget.

He made the accusation on Wednesday as he decried the “critical condition” in which the nation’s water sector has found itself. He said access to piped water on premises in urban areas declined from 32 percent in the 90’s to seven percent today.

Mr Melaye, who raised a point of order stated that the United Nation’s International Emergency Fund (UNICEF) and other donor agencies invest in water projects in Nigeria while budgetary provisions for water projects are embezzled and World Bank and UNICEF’s project are used as justifications for government interventions.

“This is a national emergency because as a country. There can be no better welfare than the provision of water for the people.

“I have done my personal investigation and I know that UNICEF and World Bank and some other donor agencies have done significantly well in providing water in rural areas but every year, we roll out billions of naira budget after budget for the same purpose and these monies are not returned back to the treasury.

“Year in year out, there is nothing to show for it. My investigations reveal that projects embarked upon by these donor agencies is what the ministry of water resources, is using as justification for the provisions in the budget for those services.

“This is a World Bank report that piped borne water on premises have declined from 32 percent today to seven percent and in rural areas it has declined to one percent and I think the rural population deserve more attention than the urban centres. Nigeria needs to invest at least three times more to achieve SDGs goal. Nearly 30 percent of water schemes fail within first year of operation,” he said.

He further explained that in Nigeria, 71 million people continue to live without access to improved water while a huge number of people do not meet the MDGs standard for water supply.

“The lack of water services adversely affects one’s health, hinder their access to economic opportunities and affect work efficiency and labour productivity. Improving the water sector will have significant implications for poverty reduction and human development,” he said.

In his contribution, Eyinnaya Abaribe (PDP, Abia) described the situation as shameful.

“I want to state today that it is a shame that I grew up in the city of Aba having pipe borne water where I grew but today it is only in Abuja that I can see and not just in the whole of Abuja that we can see something called pipe borne water.

“We have regressed from where we were in the 60s to where we are today at the dawn of the 21st century, it is a big shame to Nigeria whereas everywhere else in the world people are moving forward in providing all these amenities. Today, we have gone one step forward and ten steps back ward.

“It cannot be seen at the beginning of the 21st century that what we are doing is just to provide boreholes we should be providing portable water through pipes into every household and something needs to be done. I support an inquiry be made by the committee of water to find out what has been done to the millions of Naira and Euros that have gone into the ministry and donor agencies. It is mind boggling to see what they have done with our resources,” he said.

It also urged the federal government to embark on long term commitments to finding the pathways for better water delivery in Nigeria as well as invest in closing implementation gaps, supporting services, delivering capabilities in the water sector and encourage private sector integration.