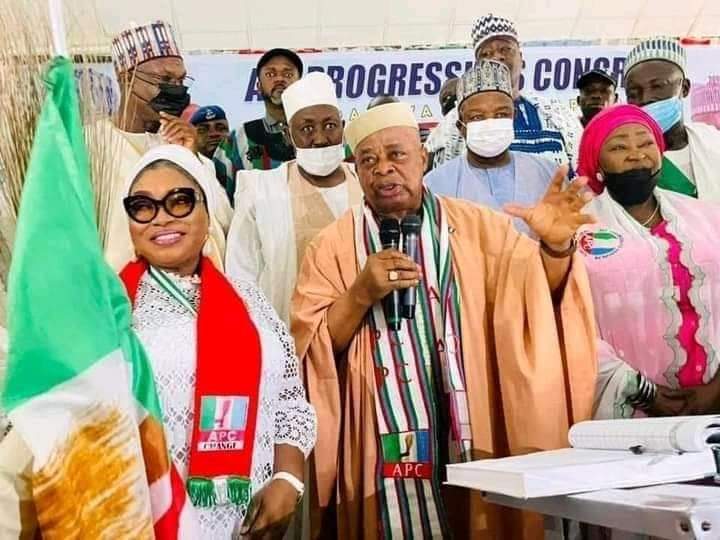 Senator Grace Folashade Bent, on Saturday defected from the Peoples Democratic Party (PDP) to the ruling All Progressive Congress (APC) along with thousands of supporters in Adamawa.

Bent nee Makinwa is a Nigerian senator who was elected in April 2007 on the People’s Democratic Party platform in the Adamawa South constituency of Adamawa State.

While addressing the gathering, Governor Mohammed Badaru Abubakar assures Nigerians that APC will deliver by the grace of God come 2023 elections.

According to the Governor, the achievements recorded by the Buhari-led administration are the primary reason why on daily basis politicians are trooping in thousands into the All Progressive Congress.

“It is because of how the APC is delivering dividends of democracy and the numerous achievements recorded in the last six years of the Buhari-led administration is what is making people dump other parties and join our party.”