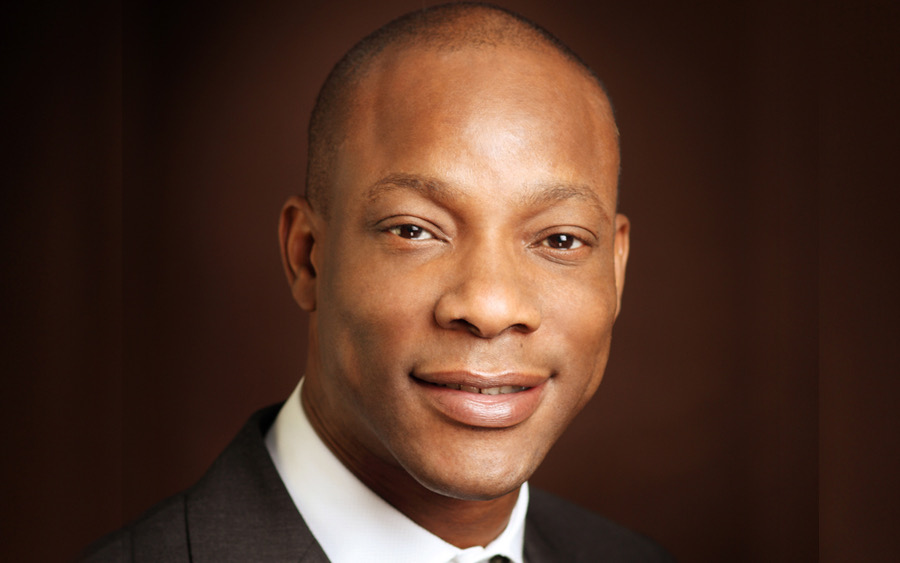 Among the executives of Nigeria’s tier one banks, the calm-spoken Chief Executive of Guaranty Trust Bank Plc, Mr Segun Agbaje has earned a reputation as a truly accomplished and highly respected professional in West Africa, not just in banking but in the financial services industry.

For one, his signature smile is hardly missing from any of his images, and even though he mostly stays away from the news, the bank’s financial statement year on year continues to show that it’s just work and perhaps, more work, that keeps him away from the public radar.

As the top banking executive prepares to take a bow from the bank where he has spent the last three decades, let us take a look at his 57-year journey.

Olusegun was born to Chief Julius Kosebinu Agbaje, a banker, and Mrs Margaret Olabisi Agbaje, a teacher, in 1964 in Lagos State, Nigeria.

After his primary education, he attended St Gregory’s College, Obalende, Lagos State for a while and travelled to England where he finished his secondary education at St Augustine Academy, Kent.

The next stop was the University of San Francisco, California, where he earned Bachelor of Accounting and Master of Business Administration degrees.

Agbaje recalls in several interviews that he always wanted to be a banker like his father, but for some reason, decided to take the accounting route.

“Banking was my calling. My father worked for the Bank of British West Africa back in the 1950s. He thrived in the environment. I knew from early on that this was the kind of thing I wanted to do,” Agbaje told Euromoney.

After school, he started his accounting career as an auditor with Ernst & Young LLP in San Francisco in 1988. He soon tired of accounting and was ready to take the full dive into banking, in his father’s footsteps, so he returned home to Nigeria in 1991 and joined the startup Guaranty Trust Bank, less than a year after it was founded.

It is with this new generation bank that Agbaje spent his three decades as a banking executive, and is now set to retire in a couple of months.

He rose through the ranks attaining the Executive Director rank in January 2000, and Deputy Managing Director in August 2002.

When GTBank co-founder, Tayo Aderinokun took a medical leave in the terminal stages of lung cancer, Agbaje was appointed Acting Managing Director in April 2011 and was confirmed into the position when Aderinokun died two months later.

He played a major role in putting together Guaranty Trust Bank’s landmark US$350million Eurobond offering in 2006 and later in the same year, the listing of its US$750 million Global Depository Receipts (GDR) in an unprecedented concurrent global offering in the domestic and international capital markets – which made Guaranty Trust Bank the first Nigerian company and first African bank to be listed on the Main Market of the London Stock Exchange.

Shortly after becoming CEO, he led the bank to launch the first Sub-Saharan Africa financial sector benchmark Eurobond when the Bank launched its US$500million Eurobond without a sovereign guarantee or credit enhancement from any international financial institution.

Agbaje no doubt possesses a deep sense of loyalty and is driven by values of hard work, integrity, and discipline. He is probably one of few banking executives who stayed with one bank for thirty years, attaining the peak of his career there.

This is not because of a lack of better options, but because of Agbaje’s commitment to the bank he had seen and groomed from its infancy days.

His deep understanding of the Nigerian business environment has seen him initiate and execute large, innovative and complex transactions in financial advisory, structured and project finance, balance sheet restructuring and debt and equity capital raising in different sectors like Oil and Gas, Energy, Telecommunications, Financial Services and Manufacturing industries.

According to Agbaje’s recount, the several responsibilities he handled in the bank over the years exposed him to the international ?nancial markets and the people who worked in them – merchant banks, investment bankers, lawyers, and investors. It also gave him a deeper understanding of what people wanted from a first-class bank.

Ahead of the disruption in the banking sector, Agbaje gave GTBank a headstart when he launched the Habari mobile platform in November 2018 for customers to carry out a wide range of services including “pay for tickets, book holidays, stream music, buy online, watch videos, and then, because we are a bank, we can provide the payment engine.”

He predicted even then that any bank that does not transform itself into a trusted single, integrated platform will get smaller and smaller as the fintechs and telcos grow larger and take over.

Agbaje won for himself the African Banker of the Year award in 2012. He serves on the boards of other business concerns including Guaranty Trust Bank in Kenya, Rwanda, Uganda, Ghana and the United Kingdom.

Agbaje has other commitments as well, but none of them run parallel to that of GT Bank. He is a member of the board of directors and audit committee of PepsiCo, a position he resumed on 15 July 2020.

He is also a member of the Mastercard Advisory Board, Middle East and Africa.

As early as 2019, the Harvard Business School alumnus had already started making plans for what he might venture into after he retires from banking.

There is an interest, he says, in mentoring young people with small businesses and helping them to think about organisational structure and governance.

“Maybe I will get another platform to do something in the private sector. It could be in a completely di?erent sector to banking. My ?rst choice would be an Africa-focused organisation. A second option would be something, if not solely focused on Africa, with an emerging market emphasis.”

Nairametrics shines at 2021 GAGE Awards, emerges Blog of the Year