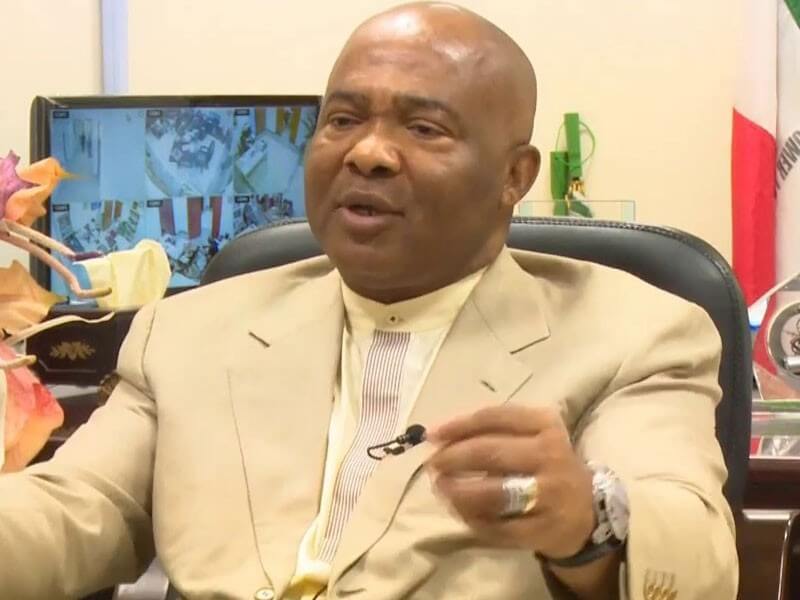 The supreme court says it admitted election materials that Hope Uzodinma and the police tendered in the appeal against the Imo governorship election result because the Independent National Electoral Commission (INEC) and Emeka Ihedioha failed to disprove them.

INEC had declared Ihedioha of the Peoples Democratic Party (PDP) as candidate with the highest number of votes in the March 8 election, but Uzodinma challenged that decision from tribunal till the supreme court.

The apex court had annulled the victory of Ihedioha, candidate of the Peoples Democratic Party (PDP) , affirming Uzodinma, his All Progressives Congress (APC) rival, as the duly elected governor.

The judgment had sparked different reactions as the full text of the verdict was not made public.

But in a copy of the judgment obtained by TheCable, the apex court said while INEC argued the documents tendered by the APC candidate were falsified, it could not establish enough evidence to prove this.

Uzodinma’s main argument was that his votes from 388 polling units were excluded at the collation stage. To argue this, he tendered some election materials including documents said to be duplicate of the original election result.

In the judgement, the apex court said: “Having pleaded that the documents are false, the respondents made allegation of criminal nature against the appellants.

“They were required to plead the specific elements of fraud and lead evidence showing the genuine results. Not only must the allegation be proved beyond doubt, it must also be proved that the appellants personally committed the forgery or aided and abetted the commission of the crime or that they procured the commission of the crime through their agents or officials.

“Although they relied heavily on the assertion that exhibits PPP1 – PPP366 were fake, no evidence was adduced to prove the assertion at all, let alone beyond any reasonable doubt.”

ON ADMITTING THE DOCUMENTS SUBMITTED BY POLICE

The appeal court had in its ruling held that the election documents tendered as exhibits by PW54, a deputy commissioner of police, cannot be admitted as evidence.

But the supreme court overruled the lower court.

It agreed with Uzodinma’s counsel that contrary to the decision of the appellate court, the documents tendered “being duplicate originals” do not require any certification.

“The tendering of exhibits PPP1 – PPP366 through PW54 was to show that the scores recorded therein were excluded from from the forms EC8B (ward collation results).

“The respondents failed to prove that the documents were fake or forged.”