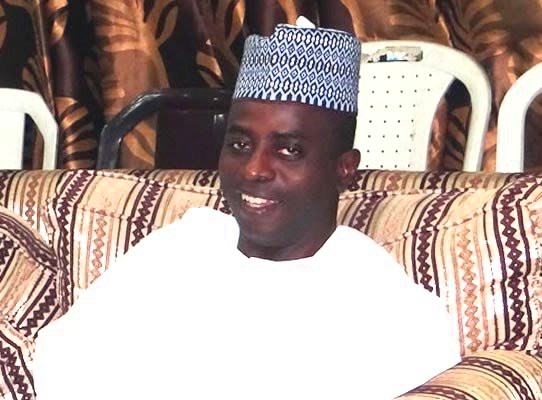 Instead, he procured a forged discharge certificate of the National Youth Service Corps (NYSC) which he submitted to the PDP to prove his eligibility for public office.

The fresh revelation about Mr Atunwa came about four months after Premium Times exposed then finance minister, Kemi Adeosun, for engaging in similar conduct, and just a little over a month since the embattled official was forced to resign as a result of the scandal.

The Kwara politician’s conduct also came to light exactly a month after this medium reported that the Minister of Communications, Adebayo Shittu, also dodged the compulsory service, making him ineligible for public office and employment in Nigeria.

Although the minister was later disqualified by his party, the All Progressives Congress (APC) from running for governorship of his native Oyo State, President Muhammadu Buhari is yet to remove him from office.

The NYSC law requires every Nigerian who attended university or polytechnic to participate in the national youth scheme for one year after graduation, provided the person finished before age 30. Failure to serve would prohibit such individual from gainful employment in Nigeria, and making false claims about serving could attract up to 14 years in jail.

Also, anyone who graduated before 30 but deliberately declined to serve has committed a crime that could attract 12-month imprisonment, even if the person did not forge NYSC documents.

Only a person who obtained a degree after 30 or served in the military or won national honours medal would qualify for exemption certificate under the NYSC law.

Having earned a bachelor’s degree at 23, Mr Atunwa, going by Section 2 of the NYSC Act, should have participated in the year-long national service.

But rather than present himself for national service, Mr. Atunwa stayed back in the United Kingdom, returning only in 2005 to join the cabinet of then Governor Bukola Saraki in Kwara State at the age of 36.

Between 2005 and 2010 when he stepped down to run for office, the politician was commissioner at four different ministries, including Land and Housing, Works and Transport, Information and Home Affairs and Finance.

It was not immediately clear whether or not Mr Atunwa presented any NYSC document to authorities since 2005 when he was first appointed commissioner, 2011 when he became speaker and 2015 when he became member of the House of Representatives.

But to secure the PDP governorship ticket on October 1, he submitted a counterfeit NYSC discharge certificate and accompanied it with an affidavit, indicating he lied on oath, an offence that attracts up to 14 years in jail.

Mr Atunwa — who claimed he qualified for law practice in the United Kingdom after obtaining undergraduate and master’s degrees at separate universities in London — indicated in the nomination document he submitted at the PDP national secretariat in Abuja that he partook in the youth service scheme between 1995 and 1996.

The lawmaker, who is chair of the House Committee on Justice, then accompanied it with a notarised affidavit sworn at the Kwara State High Court in Ilorin on September 10. The document was attached to his PDP expression of interest form.

He signed the document despite a clause indicating he remained automatically disqualified as candidate if any statement or information he provided is found to be false, inaccurate, or mislead the party or its agents from making proper assessment of his competence to contest the governorship election under the platform of the Peoples Democratic Party (PDP).

It remains to be seen if the PDP will enforce its own rule and disqualify him as a result of this revelation. Governorship elections are scheduled to hold February 2019.

One could see at first glance that Mr. Atunwa’s so-called discharge certificate is fake.

To further crosscheck the authenticity of Mr Atunwa’s ‘certificate’, Premium Times compared his with original ones that bore the basics of the document, especially those from foreign university graduates.

At least three ministers who returned to Nigeria to serve after finishing from schools in the UK and the United States had similar call-up mark in their certificates, which usually carries the acronym of the institution, the state where the participant served, where the person was called up, the year of service and the serial number for the certificate.

For instance, Ibe Kachikwu, the minister of state for petroleum, has his NYSC certificate marked as NYSC/OY/FORN/82/7101. Mr Kachikwu was deployed for service in Oyo State (OY) on August 16, 1982, passing out a year later on August 15, 1983. He came back to Nigeria to serve after completing his doctorate in law at Harvard University (FORN) in December 1981.

Aisha Abubakar, the minister of state trade and industry, returned to Nigeria after concluding her masters in development studies at the University of Leeds. Her certificate is marked NYSC/LA/FRN/91/18170, indicating that she served in Lagos, after graduating from a foreign university.

Khadija Bukar Ibrahim, the minister of state foreign affairs, also schooled abroad. She attended Roehampton Institute for Higher Education, affiliated with the University of Surrey and finished in 1989. She enlisted in the NYSC on October 2, 1990 and passed out on October 1, 1991. Her certificate is marked NYSC/LA/FRN/90/28750, indicating that she served in Lagos (LA) after graduating from a foreign university (FRN) in 1990.

“This is the most audacious forgery since Premium Times began investigation into NYSC claims of senior government officials and politicians generally,” Liborous Oshoma, a Lagos-based legal practitioner, told Premium Times on Sunday afternoon.

“Based on Section 13 (c) of the NYSC Act, even being in possession of a forged NYSC certificate is already a crime,” Mr Oshoma said. “And then we now have an affidavit that he swore to and walked himself into perjury, another criminal offence.”

“You could say Kemi Adeosun did not know some people gave her fake document, and Mr Shittu was being exuberant, but this particular case is very troubling,” the lawyer said. “He knew of those recent cases and still went on to do it.

“This is amongst the consequences of the president’s failure to act on time or act at all on the already uncovered cases. Since the former finance minister was able to escape from the country without prosecution and the communications minister remains in office despite being found not to be qualified for the job, this man could easily dismiss any legal ramifications of his action,” he added.

“Since it has now come to the fore that if you graduated before 30, either from a Nigerian university or abroad, you know you do not qualify for exemption and you must serve and if you forge your document you would be exposed, I would have expected that all those who schooled abroad would start investigating whether the NYSC document they were given was genuine or not. There is no hiding place anymore.”

Premium Times sent Mr. Atunwa a message informing him of our findings.

In response, he said he is “fully compliant with all the legal requirements to be elected to the Office of the Governor of Kwara State.”

He added, “I did not submit any unsupported NYSC certificate as suggested by you.

“I strongly advise that you verify each and every assertion you wish to make. You may wish to make formal enquiries/verifications of all institutions concerned.

“You should also be circumspect enough to authenticate the provenance of any document you may be handed if it’s not from a formal and official source.

“An organization such as yours should not fall short of the required legal and ethical standards.”

He also told one of reporters by telephone that he broke no law because he did not submit any fake document to the Independent National Electoral Commission (INEC). He declined to explain why he failed to participate in the mandatory national service scheme.

However, following Premium Times enquiry, the lawmaker, party insiders say, has triggered a scheme to replace the documents he submitted to the PDP, and withdraw the fake NYSC certificate.

“He is now planning to claim that secondary school certificate is his highest academic qualification and that he did not need to serve,” one source said.

The PDP, when contacted, said it was not aware of the forgery.

“I am not aware of this,” spokesperson Kola Ologbondiyan said of the problematic document Mr Atunwa presented to the party . “Please give me time to find out.”

For several months leading up to the PDP primaries in late September, Mr Atunwa was not considered a favourite for the Kwara PDP governorship slot.

The race was largely seen as a battle among Shaba Lafiagi, a serving senator; Bolaji Abdullahi, a former sports minister; Abubakar Suleiman, a former national planning minister; and Ali Ahmad, the current speaker of the state Assembly.

Only Messrs Atunwa and Lafiagi remained in the race when the primaries held on October 1 in Ilorin, and the House member defeated the senator by 4,555 to 577 votes. Other candidates withdrew from the race in protest, insinuating that Senate President Saraki imposed Mr Atunwa on the party.

After the publication of Ms Adeosun’s scandal, there are suggestions by some Nigerians online that many Nigerians who schooled abroad did not return home to serve, but instead opted for either forged exemption or discharge certificates to clinch employments and appointments in Nigeria.

Although the investigation was published in early July, Ms Adeosun did not resign until mid-September, after the pressure from Nigerians home and away became too much for the Buhari administration to bear, and as a competitive general election was looming.

Rather than being arrested for forgery and prosecuted by federal authorities, Ms Adeosun was allowed to quietly depart Nigeria a day after he resignation, a development for which President Muhammadu Buhari was fiercely knocked by critics, who used it to ridicule his anti-corruption claims.

Mr Shittu, the communications minister who was in the race for the All Progressives Congress’ governorship ticket in Oyo State, was disqualified from the race by the ruling party after Premium Times published another investigation showing that he evaded youth service upon graduation from the University of Ife, now Obafemi Awolowo University.

While the ruling APC found Mr Shittu’s position for office untenable, Mr Buhari continued to keep him in office, more than a month after the scandal broke.

While Ms Adeosun said she did not know her certificate was forged (although Premium Times revealed she knew at least since 2015 when senators screened her for ministerial position) Mr Shittu said he deliberately avoided service because he assumed he had done a greater service to the nation when he was elected to state parliament immediately after graduating.