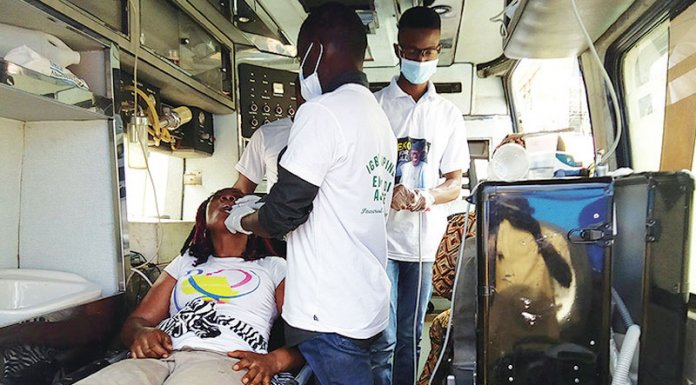 It has become imperative for government at all levels to ensure access to comprehensive, quality healthcare services, promoting and maintaining health of the citizens, preventing and managing disease, reducing premature death, and achieving health equity for all citizens.

This led to the birthing of the Sanwo Olu Medical Outreach programme, which has the ultimate goal of providing comprehensive medical services for the citizens of Lagos State.

Though the markets are the target venues for the programme, it is aimed at reaching both males and females across the local government areas in the state.

The market designated for the programme is seen as the convergence points for those living in particular locations and this cut across the various socio-economic groups in the state.

Healthcare coverage is also a problem in the society that needs to be managed with the most cost effective and innovative approach.

The value of market medical outreaches cannot be overemphasised as they help to fill the current gaps in the healthcare access and delivery in Lagos State.

The free medical program of the Governorship Candidate of the All Progressive Congress (APC) in Lagos State, Mr. Babajide Sanwo-Olu has revealed the state of health of the people.

The goal is to reach at least 1,000 people per day. It is evident through the programme that several people have no access to medical services or are nonchalant to check their health status.

From the reports of the medical programme, there has been increase in the number of people having high blood pressure, cervical issues and breast ailments. Thousands also have poor sights as free eye glasses were distributed after undergoing comprehensive eye examination at all the designated centers.

According to the medical team leader, Dr. Ajayi Tunde the outreach is also designed to reach those who barely have time to visit the hospital and also who cannot afford the cost of medical treatment.

The medical outreach team comprised doctors, nurses, pharmacists, laboratory personnel and non clinical workers visited the 20 local governments in Lagos State. The cervical screening shows that there is an increase in women with cervical issues.

Ajayi said, “A huge number of women had referrals on various centers across the local governments. Epe had the highest cases for referral on cervical issues. There are also more cases of women who had issues with their breast after undergoing the breast cancer screening.

“It is also evident that most of the people who participated during the programme have issues with their eyesight. Over 2,500 people were provided free eye glasses after undergoing eye screening and tests by ophthalmologist.
The cases of high blood pressure revealed that most Lagosians are hypertensive.”

Several of the market women appealed to the government to come to their aid
in the areas of healthcare.

They appealed to the government to ensure that
health services teach the grassroots. They called for the continuity of the programme which should attract the attention of policy makers.