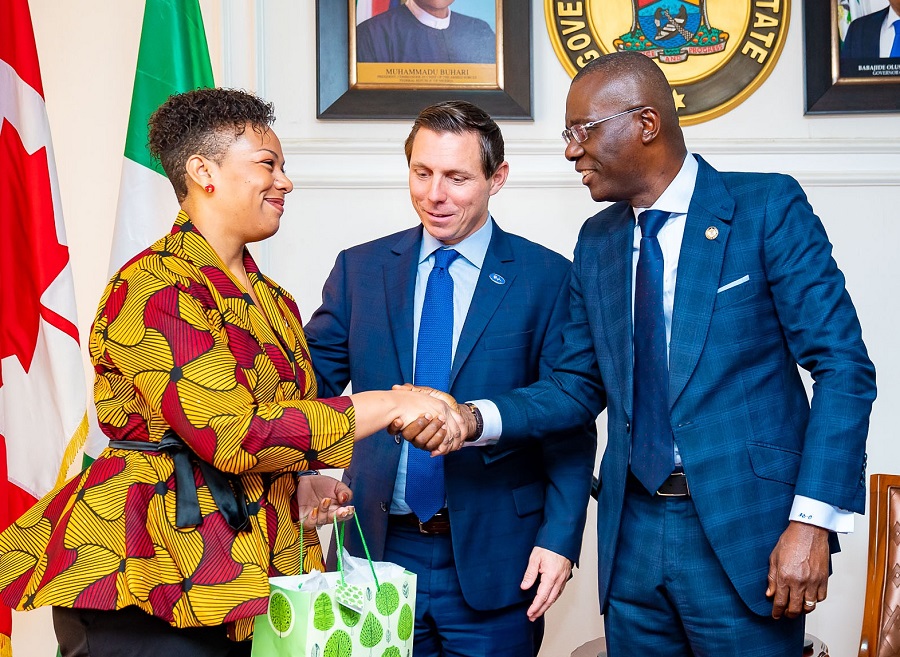 The ongoing infrastructural development programme of the Lagos State Government is a deliberate effort to make the State attractive to Diasporan investment, Governor Babajide Sanwo-Olu has said.

Sanwo-Olu said there would be no point requesting Nigerians abroad to come back home to invest if the local business environment was not made to support their aspirations.

The Governor disclosed this while receiving His Worship, Mr. Patrick Brown, the Mayor of Brampton City in Ontario, Canada, who led a delegation to the State House in Alausa on a courtesy visit.

Sanwo-Olu said the Canadian city shared similar history with Lagos, stressing that both cities had grown over the decades to become the hubs of commerce and Information and Communication Technology (ICT).

The Governor acknowledged the efforts made by the Mayor to accelerate more development in Brampton, which hosts a large population of Nigerians. He said Lagos would be seeking bilateral cooperation with the political leadership of the Canadian city in the areas of cyber security, food security and technology among others.

He said: “It feels great to know how much effort you, as a Mayor of Brampton, are investing in driving more development in your city and this is similar to what we have been doing in Lagos. We have embarked on intensive infrastructural programme to make Lagos more attractive to people in the diaspora to invest in.

“All these efforts will sustain the position of Lagos as the first destination for business and keep our economy growing at a steady pace. Lagos is the tech hub in the sub-Saharan Africa and there are many collaborations we can seal with Brampton in the area of cyber security. Only yesterday (Monday), the State cabinet passed the development of 3,000-kilometre metropolitan fibre initiative all around the city.

“When this is done, we will be able to leapfrog on this to build several capabilities using technology. It means that we are transforming Lagos to a smart city and city of the future driven by technology. This will also enhance our Ease of Doing Business Policy, which foreign investors and Diaspora can tap into.”

Sanwo-Olu said the smart city initiative of his administration would enhance the capacity of the Government to leverage technology in improving security and drive up tourism potential of the State.

Brown described Nigerians living in Brampton as “resilient people”, saying their influence on the city’s economy and culture contributed to its economic prosperity and social development.