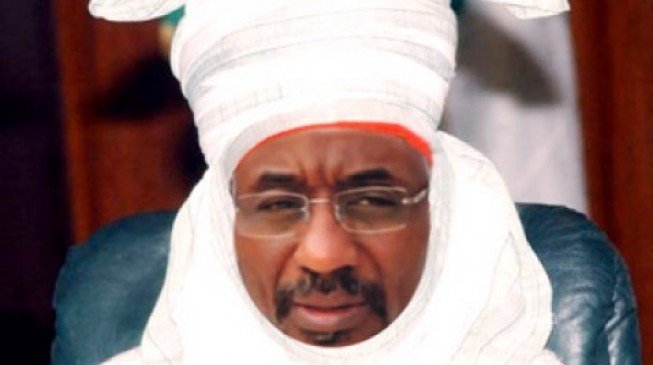 Muhammadu Sanusi II, deposed emir of Kano, arrived at Loko, a town in Nasarawa state, in the early hours of Tuesday.

According to the News Agency of Nigeria, Abubakar Ahmed Sabo, traditional ruler of Loko, confirmed the development.

Sanusi was banished from Kano and sent into exile in Nasarawa following his dethronement on Monday by the Kano state government led by Abdullahi Ganduje.

Sabo, who said the ex-emir arrived at his palace at 3 am, said nobody would be allowed to speak with him.

“Yes, Emir Sanusi is in my palace. He arrived this morning around 3 a.m., but no one will be allowed to speak with him,” Sabo said.

Commenting on his dethronement, Sanusi said he accepts the development in good faith, adding that it is the will of God.

“The one who gives, has taken. Leadership is given to one to keep and when it’s time, the person has to give it back. God has already fore-planned when one will stay or leave and that’s why we have taken in good faith everything that has happened. We agree, we are grateful, we are cheerful. We thank the people of Kano for all the love they have shown us thus far, for the followership, and obedience,” Sanusi said in a video.

Aminu Bayero, emir of Bichi and son of the late Ado Bayero, Sanusi’s predecessor, was installed as his replacement.